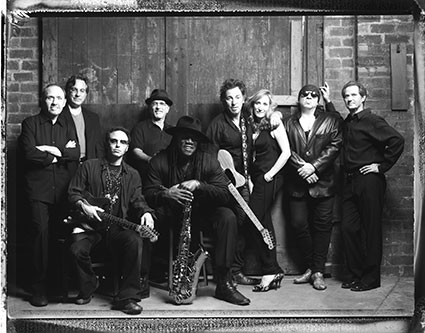 We got tour dates! And it looks like I’ll will be heading out to L.A. to catch the October 28th show. It looks like there’s still room in there to schedule a Phoenix date, but who knows? So L.A., here I come….

FREE ON iTUNES and THE GUARDIAN: Be sure to head over to iTunes to get your free download of “Radio Nowhere” (in m4a) , and to pre-order the album for only $8.99. And thanks G. for letting me know that the UK paper The Guardian is offering a DRM-free MP3 on their site.

BACKSTREETS INTERVIEW: Backstreets had a chance to chat it up with the Boss in a phone interview. Check it out.