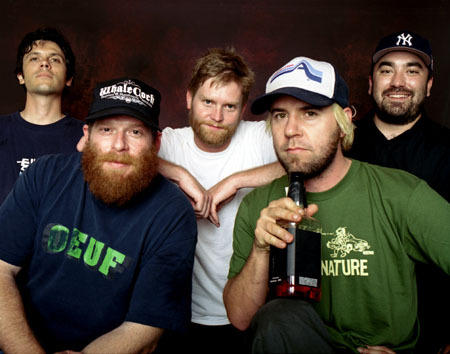 One of may favorite bands from the 90’s and early 2000’s days of yore is Grandaddy. I consider The Sophtware Slump to be a masterpiece with its futuristic space-pop, bleepy, bloopy and utterly beautiful vibe.

After a 6 year hiatus, Jason Lytle and the band have reformed for a small tour around California and Europe. As is usually the case, there is no Phoenix date scheduled, so I must live vicariously through the magic of the interwebs.

This past Sunday, the band followed up their festival appearance at Outside Lands in Golden Gate Park by playing a late night gig at the Independent in San Francisco. A kind person, “cuthere,” recorded the performance (with the blessing of the band). I thank cuthere, and you will too…

Check out this Stereogum link for pictures from the night.

Fred Eaglesmith - "Shoulder to the Plow"