I thought we’d all jump in the time capsule back to 1983 this week, and take a listen to the “triple threat” tour, AKA Prince’s 1999 tour, also featuring the openers Vanity 6 and The Time. First up, Vanity 6.

Made up of Prince’s high school girlfriend Susan Moonsie (on the right above), Boston native Brenda Bennett (on the left), and Canadian model/actress Denise Matthews, who underwent the obligatory Prince name change to Vanity (reportedly after Prince first recommended Vagina – – classy!).

Vanity 6 wasn’t out there to impress anyone with their vocal and musical prowess, they were there to wear trashy lingerie and entertain, which they did. Backed up by The Time (on stage and on record), the music ranged from funky (Nasty Girl) to the new wave of the period (He’s So Dull).

It wasn’t long after this show that Vanity made the decision to break off from the Prince camp and go solo with a Motown record deal, as well as appearances in some quality films (The Last Dragon, anyone??, and Action Jackson, of course). Vanity’s personal life took a nose dive (no pun intended) over the coming years, as a severe cocaine addiction developed. But fear not folks, Miss Vanity found Jesus and is alive and well these days, doing her thing as Evangelist Denise Matthews.

Make Up
Wet Dream
Drive Me Wild
If A Girl Answers, Don’t Hang Up
Nasty Girl

Coming This Week: The rest of the show with The Time and Prince & the Revolution

Buy Vanity 6 (the CD’s out of print, but you can buy them used for a fee): 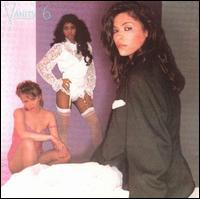 This Little Light of Mine, Live from Torino