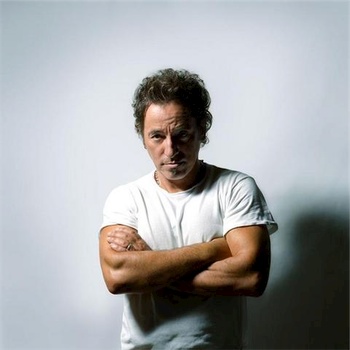 Fresh off the heavily edited debut of his song “Working on a Dream” during last night’s Sunday Night Football half time on NBC (almost in the “why even bother” category, imho), there is great news from the East this morning… a new Boss album, a release date, and a track listing!

Much to my delight, a song named “Outlaw Pete” leads off the album! I’m glad Bruce finally took the time to sit down and capture my essence. It’s an honor really, and I look forward to hearing it.

So mark your calendars. It’s January 27th, the Tuesday before the Super Bowl – where we’ll all watch Bruce and the E Street Band tear it up during the half time performance. The title of the album is ‘Working on a Dream’, and has 12 new tracks and 2 bonus tracks. Here’s the listing…

Bonus tracks:
The Wrestler
A Night with the Jersey Devil

More info from the press release…

…Bruce Springsteen said, “Towards the end of recording ‘Magic,’ excited by the return to pop production sounds, I continued writing. When my friend producer Brendan O’Brien heard the new songs, he said, ‘Let’s keep going.’ Over the course of the next year, that’s just what we did, recording with the E Street Band during the breaks on last year’s tour. I hope ‘Working on a Dream’ has caught the energy of the band fresh off the road from some of the most exciting shows we’ve ever done. All the songs were written quickly, we usually used one of our first few takes, and we all had a blast making this one from beginning to end.”

“Working on a Dream” is Bruce Springsteen’s twenty-fourth album and was recorded and mixed at Southern Tracks in Atlanta, GA with additional recording in New York City, Los Angeles, and New Jersey.