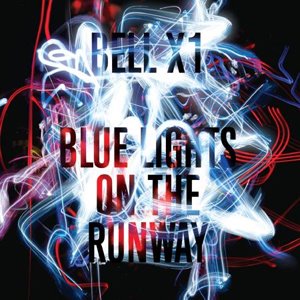 I narrowed this week’s pick down to two Irish bands. I figured Bono and the boys have succeeded in completely saturating the U.S. media, and it was a good opportunity to shine the spotlight on another quality band from the Emerald Isle: Bell X1.

Before I get started, look down a little further in the post for the embedded media player. Bell X1 has done it right, offering a full embeddable stream of their entire album. So go on down, click play, and come on back.

Bell X1 are a Dublin-based group who started off in the early 90’s as a band called Juniper, which also featured Damien Rice. The “Bell X1” was inspired by the first plane to break the sound barrier (flown by Chuck Yeager way back in 1947). 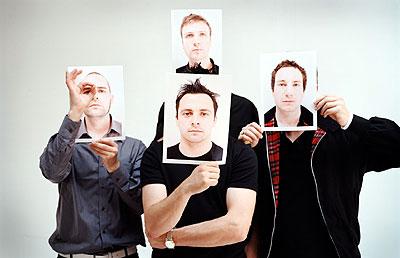 Blue Lights on the Runway is the band’s 4th studio album since their debut in 2000. I’d picked up their 2005 release Flock due to a couple of great tunes I heard on Sirius: “Rocky Took a Lover” and “Flame”. So when I noticed Blue Lights, their debut on Yep Roc, I had to take a listen.

Glad I did! This album has some great moments…

“The Ribs of a Broken Umbrella” kicks off the album in rocking, synthy, electro-pop style.

“How Your Heart Is Wired” has an electronic-based rhythm that brings to mind Kid A-era Radiohead.

“The Great Defector” will have David Byrne fans double checking their iPod. Vocalist Paul Noonan sounds just like Byrne on this one, particularly when the chorus takes flight with the background vocals.

But it’s the album’s slower moments that really do it for me. “Blow Ins” is one of the best down tempo tunes I’ve heard all year. It takes a look at a subject that fascinates all of us: our mortality: “I am the magpie when all’s shiny and new / I can’t help myself, I pick a pocket or two / And if all time was but a day / We’d show up around midnight and say ‘Hey’… We’re just blow ins / On the storm of time / Yeah, we’re just stopping / For a while”.  Noonan’s vocals shine on this one – really a gorgeous tune.

“Light Catches Your Face” and “The Curtains are Twitchin'” are two other quality slower numbers . “Curtains”, the album closer, starts off as a minimalist dirge-like ballad – piano, electric guitar and vocals – and ends up sounding like the Dirty Dozen Brass Band broke into the studio – a cavalcade of dixieland brass bursting through the final moments of a great album.

BUY Blue Lights on the Runway