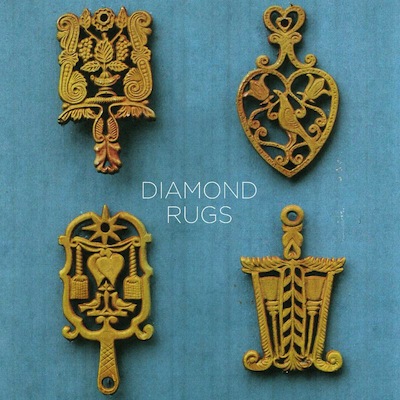 If that crazy bastard John McCauley is involved, count me in. John’s main gig is Deer Tick, but he’s also popped up in a couple of indie supergroups: Middle Brother (along with Delta Spirit’s Matt Vasquez and Taylor Goldsmith from Dawes) and, most recently, Diamond Rugs, featuring members of other bands like Los Lobos, Dead Confederate, and the Black Lips.

The bare bones, stripped down rock n’ folk vibe is prevalent in the record. John’s signature snarl shows up on songs like “Gimme a Beer,” “Call Girl Blues” (killer horn riffs by Lobos’ Steve Berlin and Deer Tick’s Robbie Crowell, presumably), and the killer holiday-themed ballad “Christmas in a Chinese Restaurant” (John’s good at those tear jerkers when he wants to be).

Another cool thing about this record is new exposure to some of the other guys. Ian Saint Pe of the Black Lips opens the album with a great one, the punked out, sneering “Hightail.” The tune pulled me right into this record…

“Blue Mountains” is one of Ian’s others songs that I really like. I like his laid back, sing/talk style.

And then there’s “Country Mile,” sung by Dead Confederate‘s Hardy Morris, which jumps between fuzzed out psychedelic rock and country blues. There’s all sorts of cool instrumental shit going on in this one – pedal steel, guitar and keyboard effects – particularly in the last minute or so of the song…

Add this to the list of albums that gets better with each listen. The contributions from all of these guys makes for a diverse experience that has you finding something new to like each time around.

Diamond Rugs will play The Late Show with David Letterman on June 25th. You can pick up the record on Amazon here… Diamond Rugs