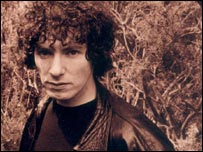 I was watching the Isle of Wight Festival on INHD a few weeks ago, and stumbled upon a Liverpool-bred band that’s right up my alley: The Stands. Folky, Byrds – Beatles – Dylan influenced pop-rock. These guys are great live, has anyone out there seen them?

I got a hold of their second and latest album on the Liberation Music label, Horse Fabulous. Here are few selections:

The Stands: I Will Journey Home (mp3) | Mountains Blue And The World Through My Window (mp3) | Nearer Than Green (mp3)

UPDATE: Thanks to Bob in the first comment below who pointed out that the Stands exist no longer (bugger!). The band’s El Guapo, Howie Payne, decided to part ways. Here’s a little snippet from the Wikipedia entry:

On Thursday, 24 November, 2005 Howie Payne posted the following message on the band’s forum:

“I thought I should be the one to break the news that after much thought I have decided to no longer continue with the stands, it has been a wonderfull few years or so but over the last months my heart has been slowly being drawn towards the idea of change and musical pastures new, there has been many changes leading to many reasons, recent times have been both creative and difficult in equal measure, I guess in order to seek clarity I want to now take the time to take some time to get some fresh air and move onto something new, we all thank each and every one of you all for all your support, taking the time to listen to our records and coming to see us play, it’s been a pleasure, thank you so much to you all. Howie.“

Well son of a …. ah well, I’ll be keeping my eyes and ears open for Howie’s next musical escapade. Someone track him down and tell him I need an update.