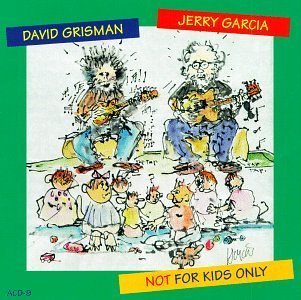 This is more of an end of the weekend mellow post, but it’s just gonna have to do as a beginning of the week-er. One of the tunes that Bruce and his Seeger Sessions Band performs on the new album is “Shenandoah”. I’ve been fond of the song since I was a kid. We used to sing it in music / choir class in 8th grade (shout out to Mrs. Wynstra at Jerstad Jr. High in Racine, WI!! – holla!).
One of my favorite renditions of the song is done by Jerry Garcia and David Grisman on their ‘Not for Kids Only’ album, released in 1993. The mandolin shines on this song, especially during the ending lullaby melody.

David Grisman & Jerry Garcia: A Shenandoah Lullaby (mp3) – buy Not for Kids Only

Rev it up Boss!