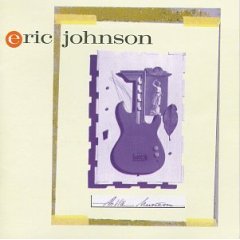 I pulled out this old Eric Johnson CD tonight, threw it on, and began to feel very inadequate, because the Fender Stratocaster standing up in the adjoining room will never ever make sounds like the ones coming from Eric’s Strat in this oh so fine showcase of his guitar playing….