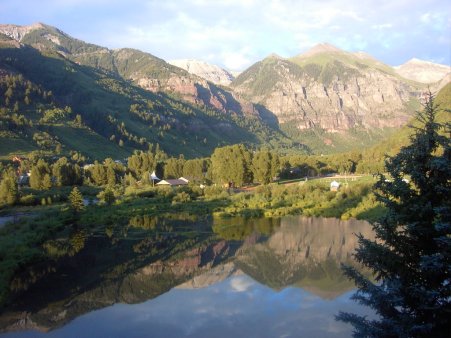 I just returned from a much needed vacation in one of the most beautiful spots on earth: Telluride, Colorado. That pic above is the view from my parents’ place. Not bad, eh? I timed my trip to coincide with the Telluride Jazz Celebration; three days of fun in the sun rain featuring Herbie Hancock, Soulive, Terence Blanchard, Ernie Watts, and Regina Carter, among many others. Of those others were the guests of honor, Brazilian jazz legends, percussionist Airto Moreira and his wife, singer Flora Purim.

Airto met Flora in Rio de Janeiro in 1965. A couple years later, he followed her to New York City, where he met up with bassist Walter Booker, who introduced Airto to jazz greats like Cannonball Adderly, Lee Morgan, Paul Desmond, and Joe Zawinul. It was Zawinul who recommended Airto to Miles Davis for the Bitches Brew sessions in 1970. Airto and Zawinul also went on to form Weather Report with Wayne Shorter, Miroslav Vitous, and Alphonse Mouzon. 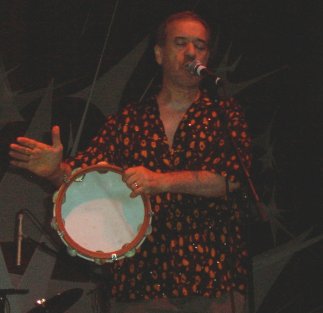 Watching Airto over the weekend was something to behold. I was a volunteer stagehand for the festival, and helped Airto and his band (Eyedentity) set up for a late night gig at the Telluride Conference Center. The man does absolutely amazing things with an assortment of latin percussion instruments, including his voice. Just really cool stuff. One of the songs that really hit me hard was “Tombo in 7/4”, an Airto original that really lets loose with the percussion. Every band member had percussion in hand, and away they went. The version here is a little faster paced than what I heard in Telluride. It’s one of those songs in which it’s humanly impossible to sit still (which I did see some people doing – they must have been dead).