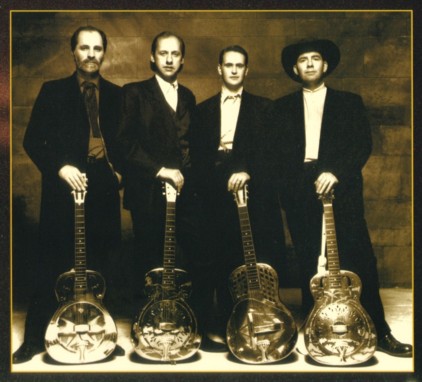 Reading the paper this morning, I was informed that it’s Mark Knopfler’s 57th birthday today. I’ve been meaning to get this show posted, so what better opportunity than today? The Notting Hillbillies was Knopfler’s post-Dire Straits group that he formed with old friend Steve Phillips. They started playing gigs in 1986 and didn’t release their debut (and only) album until 1990. This gig is from 1993, after Dire Straits had released their final studio album in 1991 (‘On Every Street’). Their 1990 album, ‘Missing: Presumed Having a Good Time’, explores traditional country territories, and is a great listen (I particularly like “Blues, Stay Away From Me”).

So here they are performing Dire Straits & Hillbillies tunes in Newcastle during the summer of ’93.