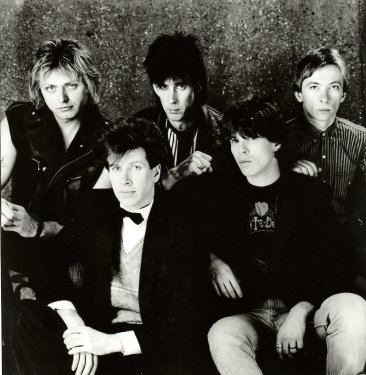 For you Cars fans out there, mark October 17th on your calendars. The Cars Unlocked, a live CD/DVD, will be released. Judging by the trailer and the live “Shake It Up” video below, we’ve got some vintage 80’s moments. Bikini clad 80’s chicks on top of their boyfriends’ shoulders, what more could we possibly ask for?

Click on the pic for a quality live video of “Shake It Up” and “Let the Good Times Roll” (in Quicktime – get Low Bandwidth here): 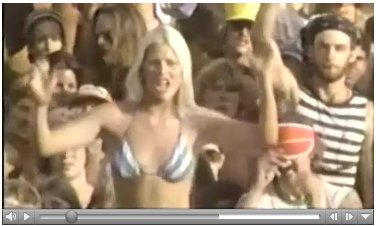 “You Might Think” you know The Cars, but it’s time to say “Hello Again.” On October 17, Docurama will release The Cars Unlocked, the definitive live document of one of the most popular and influential rock groups of our time. Unlocked includes a live DVD with over twenty never before seen performances, interspersed with intimate interview footage, backstage antics, soundcheck rehearsals and more. Unlocked also includes a bonus CD, the multi-platinum group’s first-ever live album, with fourteen additional, direct-from-the-soundboard songs. The Cars Unlocked is produced by the group’s lead singer/songwriter Ric Ocasek.

The Cars Unlocked comes packaged in a gorgeous, embossed case and includes a 28-page, hardbound booklet, designed by Ocasek, with dozens of newly unearthed photos. “This is the most comprehensive look at The Cars ever released on any format,” says Ocasek. “I’ve been sifting through our video and audio archives for a long time, and think I’ve put together a really personal, inside look at the group.”

This is gonna be cool.