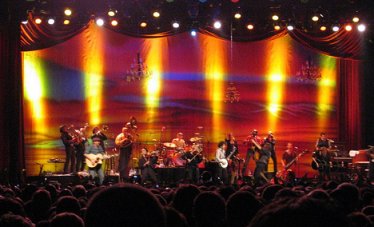 Sunday night was the European tour opener of Bruce and the Seeger Sessions Band. The song selections didn’t stray too far from this spring and summer’s Seeger Sessions offerings. There were, however, two additions to the set list: the traditional gospel song “This Little Light of Mine”, and a reworked version of “The River”. The Seeger Sessions treatment gives it the feel of an Irish drinking song. I picture an Irish pub with pint glasses raised high, swaying from side to side.

Bruce has definitely played around with “The River” over the years, and though I can enjoy and appreciate the different arrangements, nothing beats the original in my opinion. Here’s a little trip down the river…

Released Today: We Shall Overcome: The Seeger Sessions Band – American Land Edition was released today. Go on and buy it now. 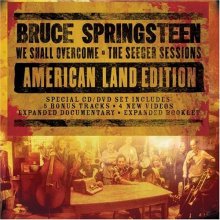 The pic up top is from this Flickr photostream.

Update: Found this YouTube video of Bruce doing “The River” in Verona the other night.