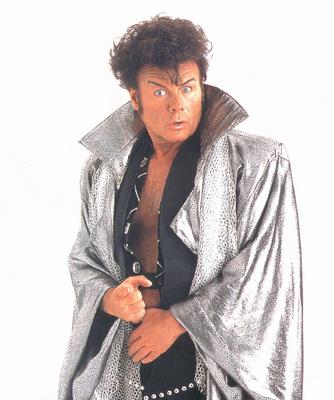 I was listening to Joan Jett’s radio show on Sirius’ Underground Garage (the brainchild of E Street’s Little Steven). She kicked off the show by spinning an old Gary Glitter tune. This tune comes from 1973’s Touch Me, Glitter’s second release. The album’s biggest hit was “Do You Wanna Touch Me (Oh Yeah)”, which reached number two on the UK charts in January of ’73, and was later covered by Miss Jett in the early 80’s. Another hit on the album was the song I heard this past weekend, “Hello, Hello, I’m Back Again”.

So it’s unfortunate that listening to Glitter’s music now immediately makes you think of his misdeeds later in life. It’s a shame that he’s permanently scarred the accomplishments of a successful music career. 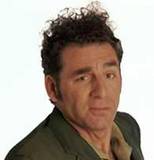 And now, of course, thanks to Michael Richards’ idiotic and hate-filled rant at a recent stand-up gig, he’s helped mar every future episode of Seinfeld I’ll ever watch. The “Seinfeld Curse” has even managed to reach back in time and foul up all of those brilliantly funny episodes. Oh, they’ll still be as hilarious as they’ve always been, but I’ll always see Kramer and think “Ah! Racist idiot!”

Gary Glitter: Hello, Hello, I’m Back Again (mp3) – from Touch Me, available on The Ultimate Gary Glitter | eMusic has it too.

I defy you to watch Gary Glitter sing “Another Rock ‘n’ Roll Christmas”, and not think of Gary as a “slimy, sinister git”, as one of the YouTube commenters puts it. But who knows, maybe Gary will be “rockin” your “stockin!”

Check these Blogs out