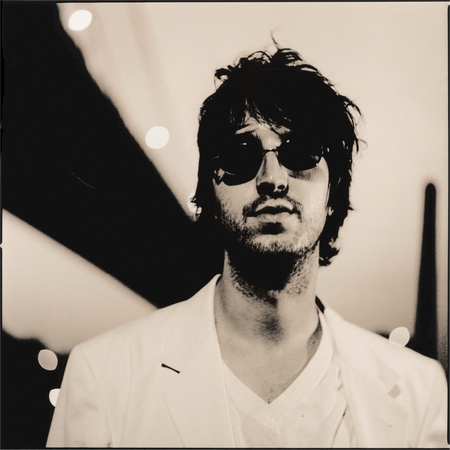 Who’s into Joseph Arthur & the Lonely Astronauts? I just flipped on to one of their tunes on Sirius the other day, and liked what I heard. Originally from Akron, Ohio, Arthur moved down to Atlanta to hone his chops. He was actually “discovered” by Peter Gabriel, who signed Arthur to his label, Real World, back in 1997. Much like Keller Williams, who I posted about a few days ago, Arthur started out as a one man band, incorporating looping techniques in his performances. But in 2006, he formed a backup band, the Lonely Astronauts.

Well, this past Tuesday, their new album, Let’s Just Be was released. Check out this one – a catchy, roots-rocky number, with some great guitar riffs, maracas, and great vocals from Arthur that range from low and dirty to a punky falsetto.

He just embarked on quite an extensive US tour, so check him out if he comes to your town. As is usually the case with acts I’d like to see live, he’s not making a stop in the Phoenix area. I need to start booking bands.