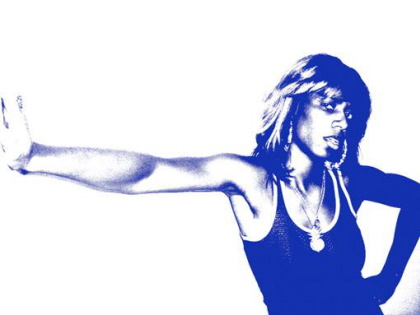 A few months ago I caught some buzz on Santogold as someone to check out. At the time, her record wasn’t out, and I simply forgot about it. This week I found a slip of paper (amongst many) on my desk that said simply ‘Santogold.’ Coincidentally, her album dropped in the US this week.
This might be my pick for 2008 so far.

A knee jerk reaction would be to compare her to M.I.A. However, that comparison is unfair to both parties. Sure, there might be some stylistic similarities in some of Santogold’s tracks, but she’s hardly “this year’s M.I.A.” Rather, Santogold is straddling the fence between indie rock and hip-hop/dance. The current single, “L.E.S. Artistes,” is very much in the rock idiom. Check out the video (she also performed this tune on Conan recently):

Other parts of the album are more in a hip hop/dance vein, and are executed equally well. For example:

Give the album a spin. This along with the new Roots and Jamie Lidell albums are basically all I’ve been listening to all week. Three hot releases in one week – score!