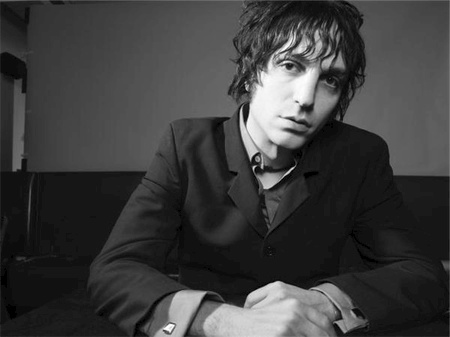 I just picked up Jesse Malin‘s latest album, ‘Glitter in the Gutter‘. I haven’t spent a lot of time listening to Jesse in the past, but I’ve heard good things about him, and he’s played gigs with Marah, a Philly band I really like. And the kicker is that Bruce Springsteen makes an appearance on the record, singing along with Jesse on a tune called “Broken Radio”.

So to start off, I’ll admit that for me, Jesse Malin will be an acquired taste. I listened to “Broken Radio” for the first time a few days ago. My first impression of Malin’s voice was that I was listening to Ryan Adams try to sing while someone was plugging his nose and squeezing his nuts. As I said, it may be an acquired taste. It got a bit better over the next few listens, though. 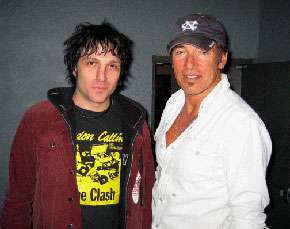 Jesse Malin showed up at the Tribute to Bruce a few weeks ago in New York City. I had caught the YouTube performance of him singing “Hungry Heart” with Ronnie Spector. And, um, wow. You can judge for yourself.

In Bruce news, he showed up over the weekend at a Brian Wilson show in Red Bank, NJ. He joined Brian in singing a great tune: “Love and Mercy” (and some guitar on “Barbara Ann”). Thanks Thierry for the heads up.

SoI ‘ll check in again here on this album when I digest it a little more. I have a feeling it’ll grow on me. But check out “Broken Radio”, see whatcha think…

Buy Glitter in the Gutter