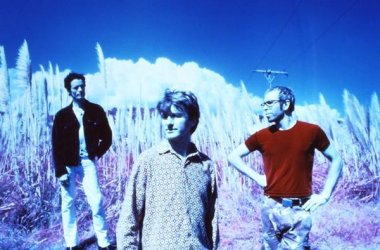 Any Crowded House fans out there? It’s time for a giveaway, and this time it’s the new release from Australia’s Crowded House, who, after an 11-year hiatus, are back with the new album and a full tour. Once again, a great band I would go see skips Phoenix on their itinerary. Luckily I’ll catch them at the Austin City Limits Music Festival in September.

I can’t count myself as a huge fan of Crowded House, but I did buy Temple of Low Men

on vinyl back in the day (1988), and I think “Better Be Home Soon” is one of the finer songs to pass through these ears. The original lineup was Neil Finn, Nick Seymour, and Paul Hester. Sadly, Hester took his own life in March 2005. You parents of young children would also recognize Hester as the chef on The Wiggles. You know, the one that sang along with them on “Fruit Salad'”? That was Paul.

The new album, Time on Earth, was released on July 2nd. I’ve had a few listens and am enjoying it thus far. You can check out some of the tracks at their MySpace page.

So as is the norm around these parts, leave a comment below to enter into the CD giveaway. Anyone gonna check them out on tour?

Check out video of their Live Earth performance over at Krup’s Place.