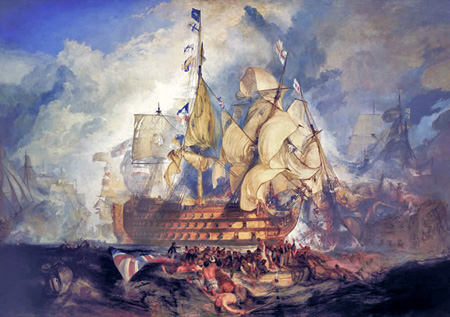 As far as cool band names go, I think British Sea Power ranks right up there as one of my favorites. British $&@ Sea Power!! Maybe it’s the imagery it evokes: 18th century-era Royal Navy 100-gun ships, cannon blasts… in fact, I was just inspired to add Mutiny on the Bounty

and Master and Commander

to my Netflix queue. What other movies would you guys recommend for all out sea action? Oh, The Blue Lagoon 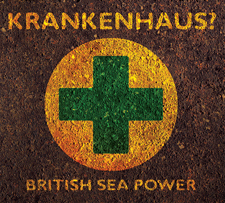 This song came on randomly during a 10k I ran a week ago. It gave me a good kick in the arse to lift me up a pesky hill, and prompted an instant replay. I had picked this EP up on a whim while cruising around eMusic – one of my necessities for discovering new music. {Shameless Plug: Click here to get a bunch of free downloads}. They’re from Brighton, England, and apparently put on quite the live show. I look forward to seeing them if they ever make their way from Brighton to Phoenix. Right now, there are only UK dates on their itinerary.

A Day in the Life of British Sea Power: The Battle of Trafalgar took place on October 21st, 1805. Admiral Horatio Nelson commanded the British fleet from the First-Rate ship of the line HMS Victory – the flagship (I just learned all of these cool terms). The Royal Navy fleet of 27 ships took on a combined French and Spanish fleet of 33 ships. Nelson was outmanned and outgunned: on the French/Spanish side, nearly 30,000 men (!) and 2,568 guns. On the British side, 17,000 men and 2,148 guns. I never imagined that so many people were involved in one naval battle. 47,000 men? Incredible….

At 11:45am, Nelson sent out the infamous flag signal to his fleet: “England expects that every man will do his duty.” The fight was on. In the 1:00 hour, the 104-gun Victory engaged the 74 gun Redoutable. During the fight, a musket bullet fired from the Redoutable hit Admiral Nelson in the left shoulder, lodging in his spine. He died later that afternoon.

By 4:30pm, the battle was over. The British took 22 of the 33 ships facing them (many of which burned, sank, or wrecked in a storm after the battle). Casualties, though, were heavy on both sides: British casualties were 450 killed and 1,240 wounded. On the French & Spanish side, there were 3,650 killed and wounded. Read more about the battle here. Amazing stuff…