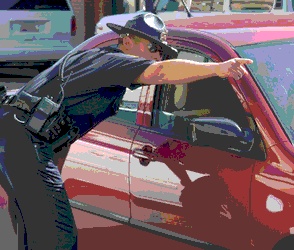 It’s been an odd day of departures in the music world today. First the news that Kevin DuBrow of Quiet Riot was found dead in his Las Vegas home on Sunday. Then not an hour later the news that Casey Calvert of Hawthorne Heights was found dead on the band’s tour bus on Saturday. Now I’m not generally the superstitious type, but if I were Amy Winehouse or Pete Dougherty I’d be taking the day off and hiding under the covers.

Organist Danny Federici played his last show for the time being in Boston with Bruce Springsteen & The E Street Band Source: NME

U2’s Bono and The Edge popped up unannounced for a short acoustic set at a charity gig in North London. Source: BBC

And break out your lighters because Extreme is back in the studio and will be touring in 2008. Source: NME

Blech! (with accompaniment courtesy of the Pogues)