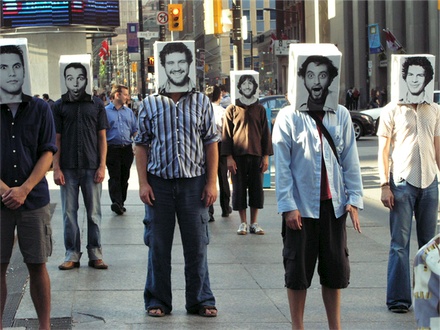 A few years ago, at my frigid first outdoor festival of the year, the tropical sounds of Mr. Something Something caught my ear. I thought they were great. Having seen Antibalas, Femi Kuti, and listened to his father Fela, I knew a little bit about Afrobeat, at least enough to consider it one of the finest forms of music made for dancing. It’s awesome to see and hear live, and great to hear recorded, but ideally in a venue with lots of room to move!

Mr. Something Something recorded their first, self-titled album in 2004 and followed it up with the critically acclaimed The Edge in 2005. These they followed up with live performances that invariably got great reviews from critics, turtles, and dancing concertgoers alike. They also found time to guest on at least two other projects.

Finally, late in 2007, Mr. Something Something has again delivered with Deep Sleep. The new album brings a different flavour to the already strong Mr. Something Something sound: that of Ikwunga The Afrobeat Poet. It’s hard not to get lost in the hypnotic effect of Ikwunga’s rich voice, and his verses by turns hearken back to life in Africa or lament the current state of global trade. Without romanticizing its subjects, Deep Sleep makes me want to travel; exotic sounds mingle with the names of often distant locales. It’s definitely worthy of many more listens.

Enough rambling. Something about this next tune reminds me, in a good way, of Linton Kwesi Johnson: