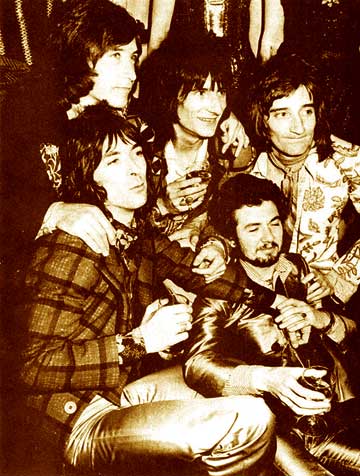 One of the neglected bands in my life has been Faces (and Small Faces before them). But thankfully, they keep popping up from time to time, reminding me to get my act together. Wohlman included this great track in one of his most recent transmissions (if you haven’t listened to one, you need to. Your musical horizons will expand). It’s a Ron Wood / Ronnie Lane composition that was included on the Faces album First Step. It was the first record after the breakup of Small Faces, and actually reads “Small Faces” on original pressings of the album. The lineup was Rod Stewart, Ron Wood, Ronnie Lane, Ian McLagen, and Kenney Jones.

This song has been around as long as I’ve been alive fercryin’ out loud (since 1970), and I heard it for the first time y-e-s-t-e-r-d-a-y. Great song, I recommend earphones. You’ll hear old Rod in one ear, and who I’m assuming to be Lane in the other. Am I right on that one?

On the Town this Weekend with Todd Snider

LastFM takes it to the next level