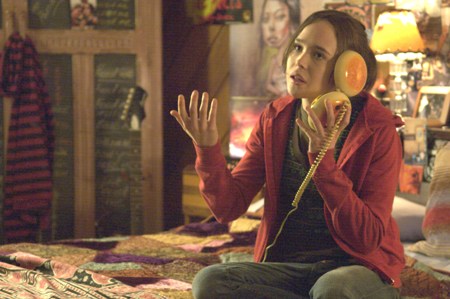 I had originally entitled this one What the Kids Everyone is Listening to: Juno

Up up down down left right left right B A start
Just because we use cheats doesn’t mean we’re not smart
I don’t see what anyone can see, in anyone else but you
Anyone Else but You – The Moldy Peaches

That right there pretty much sums up the wit present in each and every one of the 19 tracks comprising the #1 record in the country (it’s #1 in Digital Sales as well). It is straightforward songwriting that is simple and to the point. I’ve given this soundtrack a couple of spins and while it’s pleasant and cute it is by in large pedestrian. That said it does serve as a great compliment to the film and my favorite track is the honest and adorable version of “Anyone Else but You” performed by the stars Michael Cera and Ellen Page. It does get kudos for resurrecting Sonic Youth’s brilliant cover of The Carpenters “Superstar” and introducing the kids to the brilliance of Bowie via Mott the Hoople’s classic “All the Young Dudes”.

The Moldy Peaches – Anyone Else but You (Quicktime)

Up On Cripple Creek