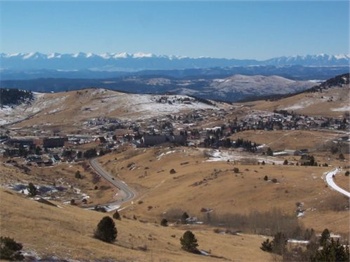 The closest I ever came to going through a country music phase was during the summer of 1992. I had just graduated from college, and my plan was to jump into a career in law enforcement. Since a high school internship with my local police department, I had my sights set on being a police officer. Well, it didn’t exacty turn out that way in the end. A change of heart ensued after a few interviews….

I have nothing but respect for the boys and ladies in blue (one of my best friends is a Phoenix police officer), but I came to realize quickly that ol’ good-guy, laid-back Pete probably wasn’t cut out to carry a gun and bust the bad guys. It just wasn’t who I was. I chalked it up to carryover late adolescent fantasy. That’s not to say I still don’t envy my buddy sometimes, and man, I could watch Cops for a week straight if I had to.

So in the early summer months after graduation, I was still in Colorado Springs, going through the application process with a few different departments. While that was happening, I decided to take a job in Cripple Creek, an old Colorado mining town that had just approved gambling. I took a restaurant job in the Gold Rush Casino. It took me over an hour to drive into the mountains up behind Pike’s Peak and down into Cripple Creek. It’s 45 miles each way, but it took well over an hour. Not too bad of a commute by big city standards, but a treacherous one in the Rocky Mountains if you didn’t feel like paying attention. Well, I paid attention. And listened to a lot of commute music (really surprising, I know). I befriended a few country music lovin’ co-workers, and would often end up listening to *gasp* country radio to and from work.

I listened to a good deal of Garth Brooks, Clint Black, Pirates of the Mississippi, Prairie Oyster, and of course Dwight Yoakam – who is still on regular rotation to this day. I would go to a country bar, Cowboys, in Colo. Springs – okay, it was the 5 cent beers on Tuesday nights that really drew me. One of the songs that sticks in my head from this time in my life is a George Strait tune (not knowing that at the time). I heard it exactly one time on the radio, driving late at night on a dark Highway 24 back to the Springs. “That’s what you get” was the line… a nice little country ditty, with that line sticking in my head for years to come.

Now jump ahead to the late 90’s when Napster was brand new. You knew the feeling: delighted and amazed – scouring your brain for all of those songs from your past – and finding most of them! Amazing! So I hit up the search engine (I think I used Excite back then- anyone still use it? It’s still there, I just checked), and lo and behold, there was that song… “I’ve Come to Expect It From You” by George Strait.

Looking back on this time of my life, there are scores of things I would have done differently. I know we all feel that way. The would’ves and should’ves and could’ves…. but obviously it’s not too healthy to dwell on those thoughts. And there’s always music to place you right back in those times. Snapshots of your life – who you were at any given moment. Some bring back terrific memories. Others not so pleasant; the kinds you push far back into your head and conveniently suppress for – well – peace of mind.

This George Strait song brings me back to a young man who, fresh out of college with a degree in Political Science, and while certainly having a good time, was without direction in life. Lost. While friends of mine focused on well thought out career paths, graduate school, etc., I was back to square one. The adolescent fantasy I held in my head throughout college – that I would pursue a career in law enforcement – burst one summer day like a giant balloon.

* If you’ve made it this far, I want to thank you for enduring my self-therapy session! To be continued some day…*

The Band – Up On Cripple Creek (LastFM – full song)

What the Kids are Listening to: Juno