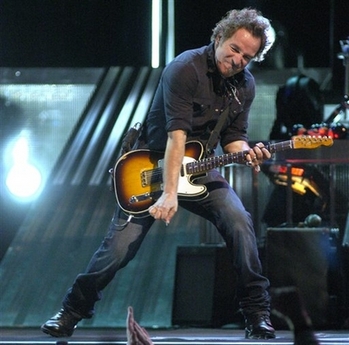 Last night marked the 2008 resumption of Bruce’s Magic tour. He and the E Street Band (minus Patty and Danny F. – still) kicked this leg off in Hartford, Connecticut. From the report on Backstreets, this wasn’t one of those safe warm-up gigs after a break. The band “were immediately up to speed, and Hartford was a hot, high-energy show.”

Next up on the calendar? Sunday night in Montreal. Look out Quebec.

LOOKING FOR TICKETS….. Since it doesn’t look like a Phoenix date is going to happen (!), I am in the market for two tickets to see Bruce in Anaheim on Monday, April 7th. If you or anyone you know has a couple available, please let me know (pete at ickmusic.com).