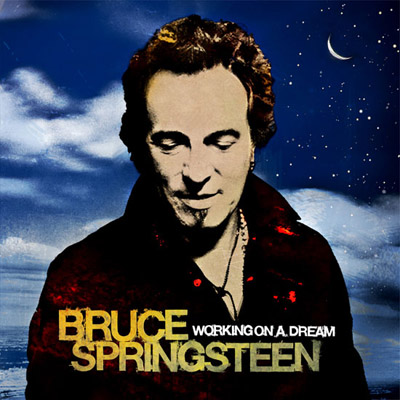 In 1975, When Bruce was blowing up on the cover of Time and Newsweek because of the groundbreaking Born to Run (an album that came out when he was 25, for crying out loud), I wonder if he ever pondered his long term success, if he ever wondered how his career would be trucking along in the year he turned 60?

Well, it’s 2009, the year Bruce Springsteen will turn 60. And if anyone is proving that age is just a number, Bruce is it. Look at the year he’s embarking on… his 16th studio album is released this week. He’ll play for something like a billion people around the world this weekend as the half time entertainment for the Super Bowl (go Cardinals!). He’ll embark on yet another world tour. He’s winning awards for his contributions to film (but inexplicably shut out for the Academy Awards – F.U. Oscar!). He played at the inauguration celebration of the new U.S. President. All told, he’s set to have a banner year (hell, he already has). It’s good to be the Boss… 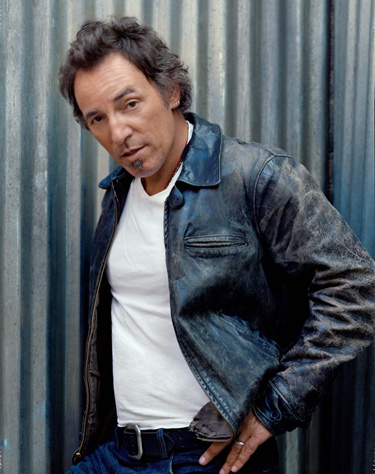 So it’s a no brainer that my pick for week 4 of the year is Working On A Dream. I’ve been letting it seep into me for the last couple of weeks (don’t worry, I’m buying the deluxe version this week!), and, like all Bruce albums before, it evolves more and more with each listen. The way I feel about certain songs now will inevitably be different days and months down the road. I’ve read a ton of reviews already – almost regretfully at this point – because reading a critic’s opinion of one of my (two) favorite artists has a way of polluting the music for me. The way a human being feels about music is as intimate as it gets, so I feel like that special one-on-one relationship is spoiled a little if you let those other opinions trickle into your listening experience.

The common consensus about the opening track, “Outlaw Pete”, is that it’s too long (at eight minutes). When I first heard it, I had my eyes closed, and total focus, and… I loved it! I love the story he has to tell about this character from the Old West. The way the tune meanders and swells… And I love the fact that Bruce opened an album with an 8 minute song so far out of left field. It’s a tale that takes its time in the telling…. It’s one of my favorites from the album. And it didn’t make me think of Kiss until I saw this.

By far the track that clicked with me right off the bat is “Tomorrow Never Knows”, an upbeat saloon shuffle of a tune, complete with strings, and the shortest song on the album (2:14).  Upbeat in tempo, but subject matter-wise, a calm look at the uncertainties of the future and the life beyond… Oh, and does anyone else hear “Here Comes My Baby” in the melody (I favor the Yo La Tengo version, by the way)?

“The Last Carnival” is a gorgeous tribute to keyboardist Danny Federici, who passed in April 2008. It sets itself in the same carnival atmosphere of “Wild Billy’s Circus Story” from The Wild, The Innocent and the E Street Shuffle – a tune made so memorable by Danny’s accordion. Danny’s son Jason does the honors this time around.

“My Lucky Day” is the E Street Band barn burner of the album. Uptempo, Clarence’s sax, Steve sharing vocals… My prediction for show opener for the first part of this tour.

“This Life” gets better with every listen. Great vocals by the Boss on this one. And the subject matter seems to fit with many of the songs on the record… “A bang then stardust in your eyes / A billion years or just this night / Either way it’ll be alright /…. This life, this life and then the next / With you I have been blessed,  what more can you expect.”  The finiteness of life on this earth winds its way through the album.

On “Good Eye”, Bruce uses that voice altering thingy (hey man, I’m technical) to give him that delta blues swampy sound. Good tune, and no baseball analogy to be found, like I expected from the title.

“Working on a Dream” I’ve liked since day one. Some think it’s a tad generic for the Boss, but I enjoy singing along, and I think it’s catchy as hell… “Rain pourin’ down I swing my hammer / My hands are rough from working on a dream.” Man, can I relate. Except I work inside and bang on a keyboard. And my wrist hurts sometimes. And sometimes I bang my knee when I swivel in my chair.

Songs like “Kingdom of Days”, “Queen of the Supermarket”, and “What Love Can Do” haven’t done much for me yet, to be honest. But like I said, who knows how I’ll feel down the road. Tomorrow never knows, right?

Is Working On A Dream among Bruce’s best work? No way. That’s setting the bar way too high for someone with Bruce’s history. But what we do get is a collection of songs from an artist still completely driven to make fresh, creative music. And what’s even better, he’s still committed to taking his powerhouse of a band out on the road, to treat his fans to the experience that is an E Street Band concert. And at 59, he’s as great as ever.

Speaking of…. April 3rd here in Phoenix!!  Who’s joining me in the pit?

Between the Cracks: Sly and the Family Stone's "A Whole New Thing"