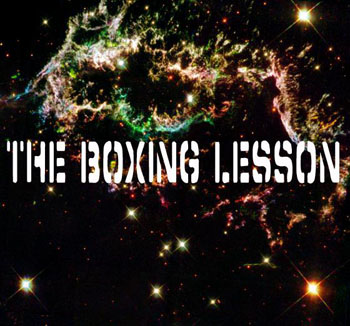 Pink Floyd’s Dark Side of the Moon spent almost 30 years on the Billboard charts, until just a couple years ago. With a sound that has so pervaded music and popular culture, it’s surprising that there aren’t a lot more bands like Austin’s The Boxing Lesson, who are not afraid – at all – to let the listener know where Waters, Gilmour, and company stand in their book.

Pink Floyd’s shadow looms large over their new record, Wild Streaks & Windy Days. But that’s not to say that TBL are a Pink Floyd knock off band. Plenty of tracks stray from the Pink: “Hanging With the Wrong Crowd” starts out like Joe Jackson’s “Steppin’ Out”, then morphs into a neo-Zeppelin riff. “Brighter” is a hard driving chunk of power pop. “Dance with Meow”‘s cool drums and synths steer the tune into some futuristic sonic landscape.

But like I said, Pink Floyd may lurk in the shadows on certain tunes, but their presence is undeniable in songs like “Muerta”, the title track, “Lower”, and (obviously) “Dark Side of the Moog”.

The cover art sums it up well. With the omnipresent synths running their course through the album, the fuzzed-out power chords, and the ode to Floyd, the album takes the listener on a journey through the ether.

There will never be another Dark Side of the Moon, but it’s nice to hear it directly influence a band as we near the 2010’s.

Miles at the Boston Jazz Workshop, 1973