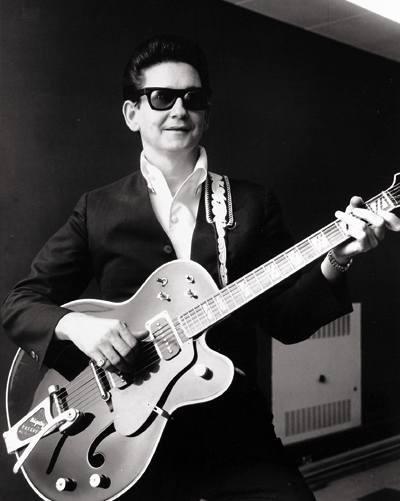 Deep within me, in my register of perfectly constructed love songs, Roy Orbison’s “In Dreams” ranks right near the top. In my four decades on earth, very few songs have managed to so profoundly move me, to elicit such emotion, as “In Dreams”.

The song is such a rich, unique tapestry of sounds – shifting from one distinct section to the next – that there’s something new to appreciate with each listen. It’s no accident. Most Western pop songs follow a relatively similar structure: verse, chorus, verse, chorus, bridge, verse, chorus. When Orbison was inspired to write “In Dreams”, he bucked the trend, writing five completely unique elements. Where most songs followed, ABABCAB, “In Dreams” was ABCDE.

All are different, and each builds exponentially in intensity. Orbison starts the song in a calm, reflective, low voice. By the grand finale – “Only in dreams, in beautiful dreams” – it’s a plaintive and desperate wail, in that gorgeous signature falsetto.

Purists will probably scoff at this, but I discovered the song not by hearing the 1963 original, but by hearing the T-Bone Burnett and David Lynch produced version that was recorded in 1987, and released on In Dreams – The Greatest Hits. The song had sort of a rebirth in 1986, when it was prominently featured in Lynch’s Blue Velvet, with Dean Stockwell’s creepy sing-along. The remake is the version I fell in love with, and the version I still listen to. The are some nuances that make it different from the original, and though I love both versions, I always come back to the newer version I originally fell in love with. I’ll take the criticism.

This is a song made for the broken hearted, the lovesick, the downtrodden. This is a song that almost makes you wish your heart were broken again, just to truly relate to the song again! But it remains powerful, even for the happily wed like me. Maybe because a lot of music is about reminiscing, and it brings me back to those times I could step into Orbison’s shoes…

And the original comes from: