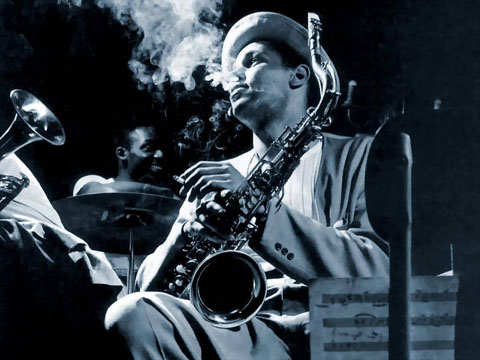 It’s high time we jazz things up around here. I ran across this Dexter Gordon gig recently, and thought there may be some jazz fans out there in Ickmusic land as well. I recommend downloading this show, and letting it accompany you as you wrap those last minute presents, or crank up the heat and get comfortable during these cold months. If you’re down south of the equator, it just as easily sizzles.

I’m a fan of classic jazz, but I still have a long way to go in discovering the greats. I have a lot of Miles, a lot of Coltrane, some Stan Getz, Jimmy Smith, Bill Evans, Monk… but I need to really dig more into that classic era.  Dexter Gordon is a good start. In 1948, photographer Herman Leonard snapped one of the great photos in music history – Dexter Gordon, his tenor sax, and cigarette smoke wafting lazily in the air at the Royal Roost in New York City (the pic above, obviously). He was just a 25 year old kid in that picture, unknowingly rooting himself in classic jazz history.

In the 60’s, Gordon relocated to Europe, spending a lot of time in Copenhagen, Denmark. This particular gig is a 1969 private event at Club Caloo in Kalunborg, Denmark. It’s reeeeeaaal easy to get lost in Dexter’s sweet tenor sax.  Dexter passed at the age of 67 in 1990. RIP Dexter. 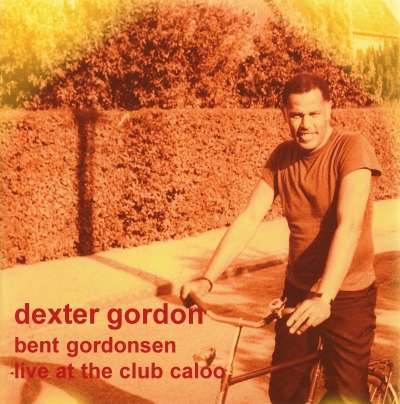 Prince emerges from the studio