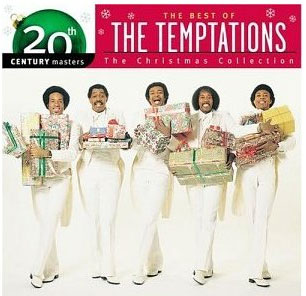 I was searching around for some info about when the Temptations version of “Silent Night” was recorded, and stumbled across a very heartfelt 2004 piece from the Washington Post. Writer Neely Tucker describes his relationship with the song – one of joy and sad nostalgia.

Turns out the song was recorded in 1980, with the post- Eddie Kendrick and David Ruffin Temptations lineup : Otis Williams, Richard Street, Melvin Franklin, Glenn Leonard, and Dennis Edwards (who replaced Ruffins as lead vocalist). In the piece, Tucker describes the origin of the tune:

So this is the part in the story when I tell you how the song was recorded at Motown in Detroit, at the tiny “Hitsville USA” studios on West Grand Boulevard on a snowy winter night back in the day, with the Rev. C.L. Franklin (Aretha’s daddy) doing the arrangements, and I would love to, except for the fact that it isn’t true.

The best Christmas song ever put to disc was recorded off Santa Monica Boulevard in Los Angeles in a couple of hours on a sunny day in the summer of 1980, according to Otis Williams, the only surviving original Temptations member.

“Gil Askey had the arrangements there when we went over to his house, so we sat down and worked out the melody line and vocals,” says Williams, speaking from his home in Los Angeles. “Then we went to the studio. I think it took a couple of hours.”

I certainly recommend you click right here and take some time to read Tucker’s piece. You’ll be better for it.

From the House of Ickmusic to wherever you may be, I wish you all a very Merry Christmas…

The Temptations – Silent Night (mp3) – My favorite version of my favorite Christmas song. Ever.