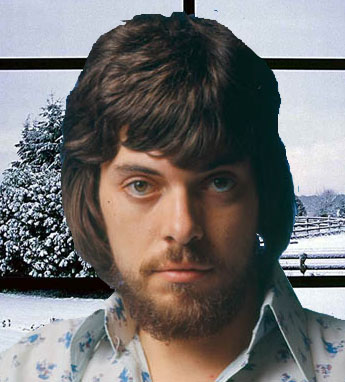 If I knew Photoshop / Image Ready a little better, I would’ve added some sweet wintry sparkles to this picture of Alan Parsons. But it involves things like rasters and vectors and “noise”, and I’m just not up to that level yet.

As the man behind the Alan Parsons Project, and the man who manned the controls in studio for Abbey Road and Dark Side of the Moon, Mr. Parsons is clearly not someone to be messed with. But Jason Lytle and his now defunct band Grandaddy had some fun with him in this holiday ditty.

Jason’s web site has shown promises of his first solo album sometime in 2008, but the clock is ticking, and there is no word from Mr. Lytle. So enjoy this. And if you don’t have The Sophtware Slump, go get it

Sirius Backspin Will Return, and doggone it if it ain't raining