One of my resolutions for the new year – other than cutting down on the mass consumption of junk food – is to listen to one new album release every week. That’s where that super clever title up there comes from. The title implies that I need to do this 51 more times this year. And that I’ll use Roman numerals for the entirety. I’m up for the challenge! 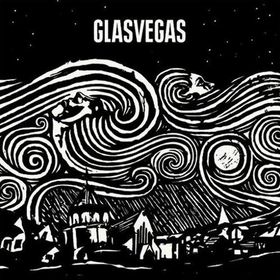 My pick for the first album of 2009 is the new self-titled Glasvegas album. You hipper people, especially over in the UK, have probably heard of them. The band is from Glasgow, Scotland, hence the ‘Glasvegas’. The album was released over there last year.

After a few listens, I can report that… this is my favorite album of 2009! Okay, it’s also my only album of 2009! Heh.. Seriously though, this immediately caught on with me. The opener, “Flowers & Football Tops” reeled me right in. Take some sweeping guitar driven melodies, a Phil Spector Wall of Sound vibe, and the heavy Scottish accent of lead singer James Allan, and you’ve got yourself a very enjoyable album.

Here’s their video for “Geraldine”

Go listen to the whole album streaming for free at Spinner.com.

Check out their Letterman performance of “Geraldine” from Monday night.