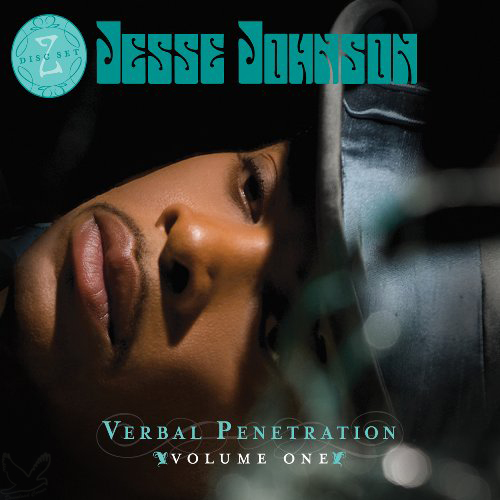 As a Prince-obsessed maniac since the age of Purple Rain, I’ve always been interested in following those he helped spawn back in the day. The Time were obviously the most talented of the bunch, and a sizable contributor to the feel and sound of the band – along with Prince, Morris Day, Jimmy Jam and Terry Lewis – was guitarist Jesse Johnson. 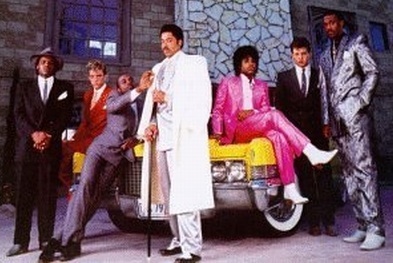 After the success of Ice Cream Castle (which featured “The Bird” and “Jungle Love”, tunes co-written by Jesse), he left the group for a solo deal with A&M Records. His body of work has always ranked up there as my favorite – his first two albums, Jesse Johnson’s Revue and Shockadelica, are classic Minneapolis synth-funk. Also solid were his other two studio efforts: 1988’s Every Shade of Love and 1996’s Bare My Naked Soul.

Except for a 2000 greatest hits collection, Jesse has been quiet all these years… that is, until Verbal Penetration came along. I know, I know, the album title is pretty cringe-worthy at first glance. But after picking it up earlier this week, I’m here to tell you – this is a fantastic collection of neosoul, retro-funk and R&B. It’s 29 tracks spanning two discs, and clocks in at almost two hours, and you quickly succumb to the verbal penetration ride that Jesse wants to take you on.

At the forefront is Jesse’s prolific guitar work. It’s been 13 years since his last studio album, and this album burns with a funky ferocity that feels like Jesse’s been bottling up this energy all these years, and he’s finally been uncorked. Case in point is the instrumental “Merciful” [mp3] – where a smooth, simmering groove sets the backdrop for a jaw-dropping guitar solo that kicks off 25 seconds into the song, and doesn’t let up until the song finishes at almost 5 minutes. 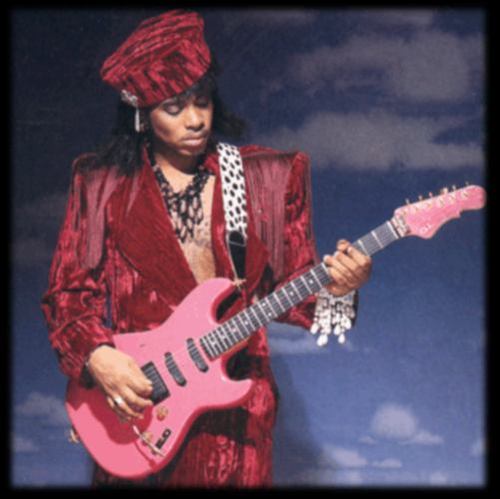 There are so many highlights, and I’m just a few listens in… Check out “Sheila Rae” [mp3], a dose of warm and sunny pop/funk with synth horns and some catchy female backing vocals (which show up a lot on this album).

“1000 Watts of Funky” is old school – you guess it – funk, paying obvious homage to Sly & the Family Stone.

There’s “Ali vs. Frasier”, where Jesse puts on his Wes Montgomery hat and kills with some jazz guitar.

Even the strange ones are captivating. There’s “Redemption for the Soul, Enlightenment for the Earhole”, a tale set in the far future where music is banned. It is the “Days of the Deafening Quiet”, after the “Great Last War left the Nurennus Realm in control”. It’s narrated by French-Norwegian artist Jezabella Kipp-Messmer, and her accent will confuse, possibly annoy, and probably mesmerize you. What’s truly mesmerizing is the funky sounds backing up the story.

Verbal Penetration is a welcome surprise from a familiar old friend. It sizes up well against Prince’s post-2000 output, and even far exceeds it at points. Jesse’s hiatus hasn’t diminished his talent and potency in any way whatsoever. If you have a little purple in you, do yourself a favor and pick it up.