This week, Michael joins me for a joint review of Prince’s new 3-cd set, wherein we discuss 2 out of the 3 cd’s in back and forth rapid-fire style. It’s incredible! Enjoy! – Pete

Michael: I should say at the outset that this is pretty damned critical, and that in reality I’ve had these records on repeat since Sunday…

Pete: Show of hands, who bought the CD set at Target and still hasn’t removed the Bria Valente disk? I guess it’s truly not 1985 anymore, when I would voraciously devour any Prince-related project put out in a store. But it looks like Bria will have to wait. I’ve got two new Prince albums to play with.

By the way, where was Bria during Prince’s big publicity week? Three Leno appearances and three shows in Los Angeles, and not even one appearance? Strange. Beautiful strange.

Pete’s Quick 21st Century Prince Album Review Disclaimer: There is nothing Prince will ever release again that will tap into every fiber of my being like he did with his 80’s output. I – and a lot of others – have a very special relationship with Dirty Mind, Controversy, and Purple Rain; with Around the World in a Day, Parade, Sign ‘o’ the Times, and Lovesexy – and all of the B-sides and outtakes and “related artists” of that era. The guy’s got a huge mountain to climb to ever match those records. It can’t and won’t happen. So having said that: 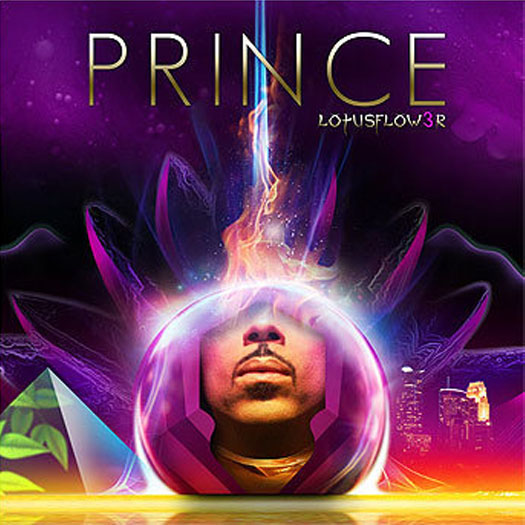 Michael: Prince has been listening to too much Santana.

Pete: I hear ‘Rainbow Children’ Redux in this opener. The jazzy groove sounds like it’s sliding right into P’s 2001 album. “Just like the SUN!…”

Michael: Indistinguishable backwards vocals in lieu of a proper chorus, ever so slightly auto-tuned vocals and wah-drenched leads give the record a kick in the pants to start. Dig it.

Michael: I just jotted down “Meh” in my notes. I preferred when he saved covers for his aftershows (only).

Pete: I like it, BUT – I only compare it to the Tommy James original, which I adore. And when P rewrites the lyrics, it’s distracting (like his cover of Radiohead’s “Creep”). Cool songs to cover, but he’s tweaking classic songs. Sure, he’s “Prince-fying” them, but in then end, I just want to return to the originals.

Michael: It just sounds like it belongs in a Disney movie. The major progression with the big chorus… it just doesn’t do it for me.

Pete: Funny, I thought along the same lines. It sounds sanitized and safe. “I can be your future lover / and you can be my future girl.” Prince singing that? Come on, give me the “International Lover” instead.

Michael: “All Along the Watchtower, Part II”? I realize I’m being overly critical here, but this just reads like a bitter old man bitching about getting duped with a record deal (2nd verse) in the middle of a perfectly honest social commentary.

Pete: Nice vibe, but you’re right, Michael. Who really wants to keep hearing Prince bitch about record deals in 2009, besides Prince? We get it, you were a slave to the industry. Boo record execs!

Michael: I like this one better live, good song though.

Pete: Not the most memorable of the bunch for me. Emancipation, disc 3. Love the synth though.

Michael: He’s done jazzed-up funk so much better than this.

Pete: This one grabbed me from the first time I listened to it. I think it had a lot to do with hearing it first while I was driving at night. I love the da-da-da-da da-da-da-da “horn” part that pops up throughout the song. Real horns? Wish I were smart enough to distinguish. Liner notes would’ve been nice. Do I need to pay $77 for those?

Pete: Sorry Michael, I’m fished in on this one. I’m a sucker for his purty instrumentals like “Venus de Milo”, “Alexa de Paris”, and “The Sensual Everafter”. And nope, no April foolin’.

Michael: I wish I knew who was playing drums on this one. Alas no liner notes to give credit where it’s due.

Pete: How could he fade out in the middle of that drumming madness, right when it’s heating up? This one had me crying for a “Wall of Berlin” extended 12” maxi-single, but P don’t do those no mo’. Good song – a smooth, flowing chorus, funky to rockin’ tempo changes. Cool lyric: “Not one for rituals but one thing I’ve found / everything’s better when u come around”.

Michael: With shades of “Let’s Pretend We’re Married” this is the first track on this record to live up to the hype for me. The guitar tone is dope as hell and the horns coming in to sweeten up the deal make this the standout track for me.

Pete: The money reference had me thinking back to his other “$” song: “Love or $”, the B-side to “Kiss”. I’m not sold on it yet, but this one will be a long term keeper, I can feel it.

Michael: Obvious Hendrix nod does not do anything but uplift this power-trio banger. I’d love to hear this one segued live out of “Papa”… yeah, I know… I’m dreaming.

Michael: I never thought I’d say this, but I miss the NPG Operator…

Pete: I like this ending though. Whatever voice alteration gizmo he’s got going here is right up my alley. It’ll take me 120 more listens to figure out what he’s saying. Or should I pay $77? (Hey subscribers, are there lyrics & liner notes in the purple kingdom?) 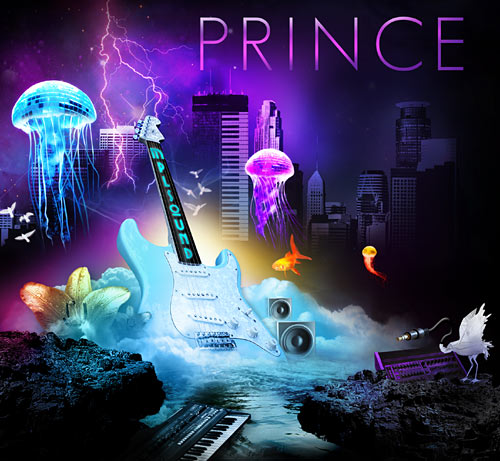 Michael: I’ve been rockin’ this one since it made its appearance on the Lotusflow3r site. Sure, it’s got a bit of New Power Soul in it, but come on… this is so dope!

Pete: Bring in the 80’s drum machine! You have to think Prince had fun on this album, revisiting the technology he used during his most innovative period. Yeah, this tune is fun, harmless funky Prince.

Michael: I don’t even miss him being dirty if he’s gonna bring the funk like this. Q-Tip drops a classic guest verse on this one. More positive use of auto-tune here, I dig when it’s used tastefully. Pop this one on before “Sleep Around” and you’ll get some asses wiggling.

Pete: “Wherethadrums”? Bringing the funk indeed. If any song this decade has begged for old dirty Prince, this is it. This needs some cussin’ up! I mean, heavy breathing Prince with no “come here baby and let me #*@ your $&#… mmmm, yeaahh”?? And yay for Q-Tip.

Michael: Would not have been out of place on Parade. Dig it so hard!

Pete: If you’re hip to the old school, this one reminds you of Zapp’s “I Can Make You Dance”. This one has 80’s B-side written all over it.

Michael: I’m a sucker for this brand of mid-tempo syrupy goodness (I will readily admit that “Future Baby Mama” was my favorite track from Planet Earth.) I liked the version on One Night Alone, I love this one.

Michael: Layer upon layer of layer of vocals, springy acoustic guitar, this is straight out of the 80’s purple cookbook.

Pete: Nice. Laid back. A spoken interlude where Prince pleads: “just believe in me and trust this ride”. Whoever you are, Prince wants you there. Stat.

Michael: Funky to a fault. Can you picture a 16 year old Valentina Paloma Pinault listening to this… “Mama, why’s Uncle Prince hitting on you in a tune with my name?” Priceless.

Pete: Yeah, I’m slow. I’ve listened to this tune about a dozen times, and it took me until today (from Michael’s full name drop above & Google) to figure out that this is about Salma Hayek and her daughter Valentina. I’m slow. Very slow. Salma Hayek:”Curvier than a Fender Stratocaster guitar”.

Pete: Another one that sounds like an Emancipation outtake. Not an early favorite at all. Whatever happened to the Prince slow jams that were fun as hell to sing along with? “Adore”, “Scandalous”, “Insatiable”, “Do Me, Baby”… how am I supposed to sing along in the shower to this one?

Michael: Dig it… the new MPLSound. Put this one on repeat.

Pete: Enjoyable, but it seems like he’s trying a little hard on this one. He got the point across in the funkier “Musicology”. But it’s cool to hear him name drop Cee-Lo, Maxwell, and Christina Milian.

Michael: Would anyone be surprised if he admitted to pulling this one out of the vault circa 1982?

Pete: Nice closer. A quirky dose of pop-funk. But the underlying theme of the song is Prince’s disdain for others, including: *gasp* “all the haters on the internet / nobody’s lookin’ at you / no more candy 4 u / they got your number now fool”.

Michael: I certainly have connected with MPLSound more than LotusFlow3r straight off. As with previous multiple disc Prince efforts, this could have been easily edited to a stellar single disc. The guitar heavy LotusFlow3r just seems indulgent when standing on its own. Don’t get me wrong, even a bad Prince record is still a good record, and for all of its faults it has truly redeeming qualities, I just happen to subscribe to the camp that he needs the editorial voice that he’s sorely been lacking in the last decade or so. MPLSound on the other hand is the record that I think most Prince fans have wanted to hear. When “F.U.N.K.” reared its funky head last year it was like a breath of fresh air. This record delivers on the promise of that track (albeit with less piss and vinegar) and a willingness to revisit his past a bit. Overall, I’ve been consistently more pleased with this offering than the last two. Well worth the $11.98!

Pete: I can’t even say I’m leaning more toward one than the other at this point. Like Michael, I’ve spent the entire week keeping them on constant rotation – and I discover new things and enjoy them more each time. I haven’t been able to do that with a Prince album in a while. His last three albums – Musicology, 3121, and Planet Earth –have their good moments, but I never felt like hearing them as a body of work over and over again. MPLsound and Lotusflow3r are both solid bodies of work in their own right. Could Prince have knocked it down to one album? Probably. But he’s one prolific dude in the studio, and he has his vision. This particular vision is packaged in a $11.98 3-cd set sold exclusively at Target.

A solid set overall. Now please Prince – get the show on the road!

What the Kids Are Listening To: Asher Roth - "I Love College"