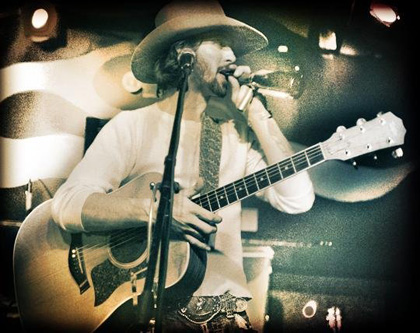 “Bad ass”. If I had to describe the new Ryan Bingham album in two words, those would be them. Show me a more bad ass release this year. You can’t. Because Ryan Bingham brings it on this album. A former rider on the pro rodeo circuit; hailing from Hobbs, New Mexico; the frequent cowboy hat: you’d expect a good dose of “country”. And there is, but mixed in with equal parts rock, blues, and roots.

I liken the album to Steve Earle’s I Feel Alright

, in the way it just chugs along with a freshness and vitality, an innovative blast of roots tinged-rock and roll, and quiet moments that dig deep into the soul. Two entities shape this album in a big way. The first is Ryan Bingham’s singing voice: tough, leathery, and twangy. The other is his backup band, the Dead Horses. I’ll have to look into how they cut these songs together, but they sound like the full band in studio. They must be a killer band to see live, and you bet your bum I’ll be the first in line when they come to Arizona.

Standout tracks for me right now:

Roadhouse Sun will be the soundtrack to many an experience this summer – a collection of songs so unique and impressive in their own right that my personal favorites will likely rotate for a while.

Buy Roadhouse Sun today, it’ll do you good. The Amazon MP3 Store still has their special version available for $3.99.