“Their songs start off OK but then it’s all…..ARRRHHHDDDAHHHHHHHRRRRRRARAR.”

So says my wife regarding the New York based band the Yeah Yeah Yeahs. Back in 2003, I dragged her to their first show at First Avenue when they were touring in support of the first CD, Fever To Tell. The reaction on her face (nausea) when they did the song “Art Star” (a track from their first self-titled EP which, btw, is one of the BEST album covers EVER) naturally led to what has now become a decade-plus debate with my wife on what is and what is not art. 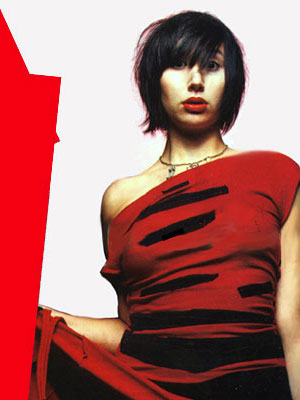 This perpetual debate usually ends with me saying, “You have to have your art spoon fed to you” which invariably results in me not getting any vag booty that evening (please email me if you do not know what vag booty is or what the difference is between it and ass booty). It’s always been tough to play the Yeah Yeah Yeahs over the years for my wife, who considers The Stranger by Billy Joel and Bat Out of Hell by Meat Loaf to be the high water marks of art in music.

While I do enjoy both of those albums immensely, I think the tapestry of art that is music should contain a great deal more depth than those records. Variety, angst, power, labia, and soul vomit (all words that come to mind when I think of the Yeah Yeah Yeahs) should also be a part the lexicon of artistic expression in music. I doubt my wife, as well as many others, will ever see this.

So, when the Yeah Yeah Yeahs released It’s Blitz last March, I expected a similar reaction. As I listened to the record, I was stunned to hear an entirely new direction. A mellow sound made up of stunning vocals by Karen and wispy keyboards gave me hope that my wife would give it a chance, or perhaps even like it. One track in particular has haunted me since I first played it last spring.

“Skeletons” is simply gorgeous. It’s so fucking good it just breaks my heart. It starts off with melancholic softness and builds into a majestic cacophony that makes the listener feel like he or she is John Wayne riding through Monument Valley in triumph. I am honestly at loggerheads as to which track will be the track of the year… this one or “Strange Enough” by N.A.S.A. Both feature Karen, so at least no matter which song I pick, I know I won’t dis the indie goddess of this century.

Last night as I was making dinner, I put “Skeletons” on the iPod boom box in the kitchen. My wife was reading the paper and looked up in the middle of the song. “This is a terribly sad song. I like it, though. Who is it?” I told her it was the Yeah Yeah Yeahs. Her face quickly turned to astonishment. “Really? There’s no…….ARRRRAARRRGGGHHHHAARR…I hardly recognized it.”

I recommend that you buy the deluxe version of It’s Blitz as it has an accoustic (stunning!) version of “Skeletons” in addition to the original version.