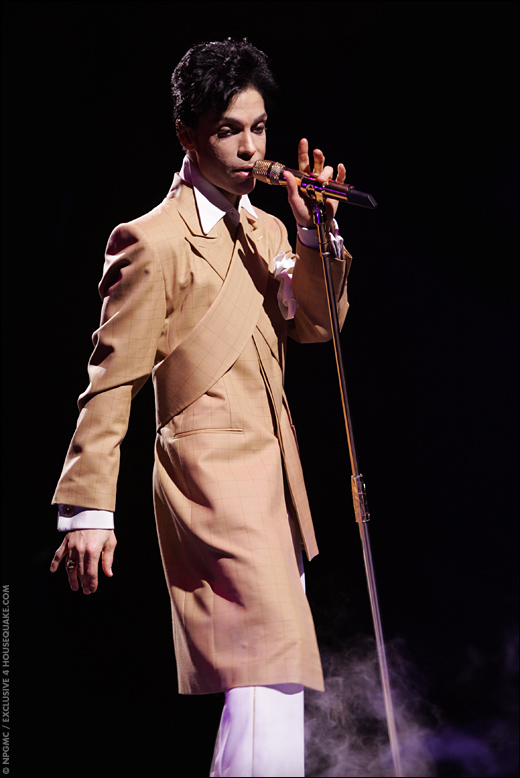 A couple times a year, I slip into my Prince-only phase – three, four, five weeks of obsessive listening. To spur it on this time around, it was the Spin issue commemorating the 25th Anniversary of Purple Rain. The movie and album pulled me into Prince’s purple universe in the latter half of 1984, and I haven’t left since.

What I could use right now is some live Prince – something I haven’t experienced since April 2002, when he was touring behind The Rainbow Children album with his ‘One Night Alone’ shows…

Unfortunately, I missed the Musicology tour. I was moving from Denver back to Phoenix that Spring of ’04.  He stopped in Denver a few weeks after I left, and he played Phoenix a week or two before I got there. Great luck.

I’m still assuming that Prince would want to tour behind his latest albums, Lotusflow3r and MPLSound, but we’re still waiting. Over the last few weeks, he’s played the Montreux Jazz Festival and a fancy-pants show in Monaco. But let’s hope he gets back stateside for some normal gigs for everyman and everywoman. You know, the fans who’ve supported him for decades?

I missed a good show in Phoenix that Spring of ’04. Hear for yourself…

ScarJo and Yorn's new song "Relator" - and a vinyl giveaway