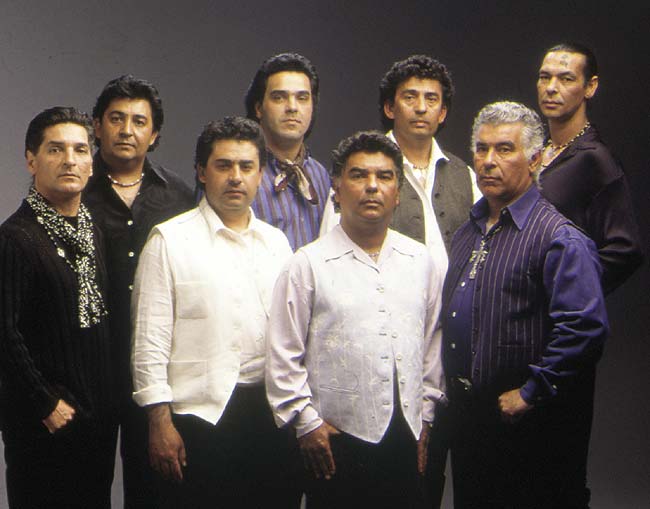 Almost 5 years running, and I’ve never even mentioned the Gipsy Kings on this blog? For shame, Pete. The Rumba Catalana sound of the Gipsy Kings have been bringing audiences and listeners joy for more than 20 years now (13 for me) – it’s near impossible to listen to their music and not feel the tension lift.

I first became aware of them in a Mexican-style cantina in Salzburg, Austria back in 1996. I was traveling with my mom and dad, who were living near London at the time. When they were hitting the sack in the 500 year old hotel (the Elefant), it was time for me to hit the town. My first stop was this cool little cantina across the Salzach River. As I sat at the bar sipping my beer, this wonderful sound of latin rhythms came immediately to my attention. I asked the bartender who it was, and the rest is history.

When I got back home to Arizona, I immediately bought The Best of the Gipsy Kings

– and it has served admirably since… on road trips, at backyard barbecues, house parties… It’s simply the type of music – this more pop-oriented style of flamenco – that satisfies the soul. You put on some Gipsy Kings music, and you make people happy. Plain and simple.

As for the band itself, its eight members make up two families – five from the Reyes family, and three from the Baliardo family. Anyone new to the band wouldn’t probably guess that all eight members were born in France – but it’s true. Their parents fled Catalonia (Spain) during the Spanish Civil War, and ended up in Arles and Montpelier, in southeast France.

I may be preaching to the choir with a lot of you, but if it happens that you haven’t yet experienced the sounds of the Gipsy Kings, get one of the two collections below. You’ll be happy.

Slayed by the Percussion Gun: White Rabbits in Minneapolis