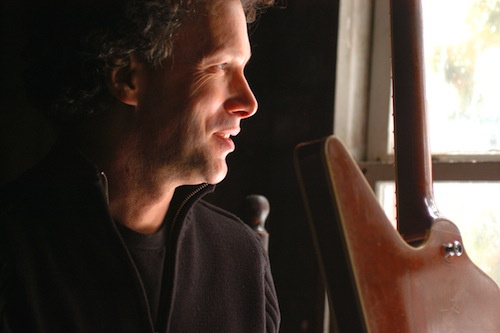 What are you up to this weekend? If you can make your way to north Scottsdale’s Compound Grill, you’ll find the surroundings taken over by the McDowell Mountain Music Festival. Vehicles will be kicked to the curb, sod will be laid down, a big stage will go up, and the people… they will come. Look forward to sets by Grace Potter & the Nocturnals, Trombone Shorty, Robert Randolph & the Family Band and others (see MMMF’s site for full lineup details).

Late Saturday night (showtime @ 11pm), within the cozy confines of the Compound Grill, Bay Area guitar whiz Steve Kimock will take the stage with his new band, Crazy Engine. Steve has been part of the jam/psychedelic/prog rock scene for a number of years. He co-founded Zero in the 80’s, formed his own Steve Kimock Band in 2000, and has played a part in Bob Weir’s Ratdog, Phil Lesh & Friends, and the Other Ones.

I’ll be there enjoying the show, so why don’t you? I’m giving away a pair of tickets. All you need to do to enter is leave a comment below. Keep in mind this is a late night show that starts at 11pm and will jam into the wee hours of the morning. If you’re serious about rocking out all night long with Steve Kimock & Crazy Engine, drop a comment in below. I’ve heard Steve’s a pretty amazing guitarist to see live, so this should be something extra special given the small club feel of the Compound Grill.

I’ll pick a winner from the Comments section on Thursday. Good luck!