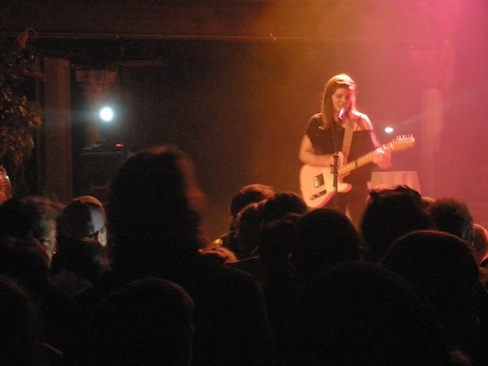 Alright, I know I sound like I just fell out of this month’s Tiger Beat, but Bethany is something that every woman should strive to be….hot and cool at the same time.

Bethany fronts a band called Best Coast and I had the distinct honor of seeing them last night at the Varsity Theater. The LA band’s first release, Crazy For You, is a magnificent record dripped in Phil Spector worship and estrogen powered angst. Their hit, Boyfriend, has been obsessively played on my iPod for the last few months and made my playlist of 2010. The whole record is fantastic, though, and it was great to hear it played live…which they played pretty much in its entirety along with some news songs and some covers.

Bethany, Bob, and Ali put on an excellent show last night and you should catch them on the remainder of their tour.

Here is the video for Boyfriend.

And the link to my photos from the night.