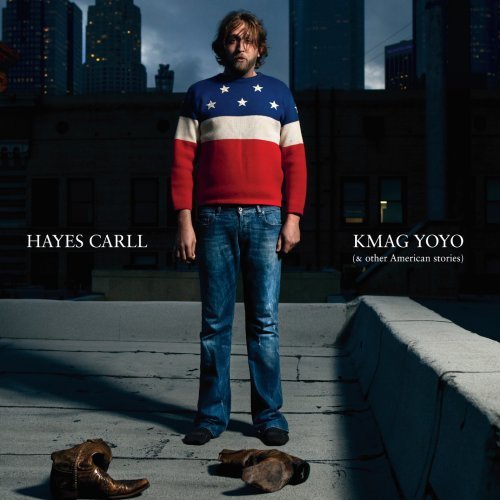 It was just a matter if time before I got around to Hayes Carll. After all, I’m a long time fan of artists cut from the same cloth: Steve Earle, John Prine and Todd Snider in particular. Hayes sounds a lot like Snider, very similar singing voices – and as far as his sense of humor goes, Snider and Prine are blood brothers of Carll (don’t get confused on “Bottle In My Hand” though, that is indeed Mr. Snider joining along).

As a Rdio subscriber, I’m always jumping on the new releases every Tuesday. Today, Hayes Carll’s latest, KMAG YOYO (& other American stories), hit the real and virtual shelves. It was SiriusXM Outlaw Country that played me “The Lovin’ Cup” today, and I headed right over to Rdio to check out the whole album.

The title of the album may be familiar to our military, but silly old civilian me, I had to Google it. It’s an Army acronym for “Kiss My Ass Guys, You’re On Your Own”.

“The Lovin’ Cup” is right up my twang-lovin’ alley – an up tempo, roadhouse shit-kicker of a song…

Buy the MP3 of The Lovin’ Cup, or check out all of KMAG YOYO (& other American stories)

I Wish She Was My Girlfriend