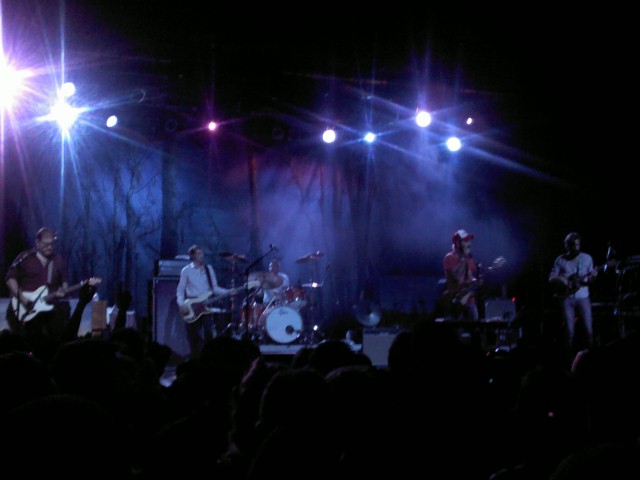 It was starting to feel like Band of Horses may never actually make it back to Phoenix. Last year, they were scheduled to open for Kings of Leon at Ashley Home Store Pavilion, but that got axed. Then this year, they were scheduled to play downtown Tempe as part of the second installment of the Railroad Revival Tour with Willie Nelson, Jamey Johnson, and actor/musician John C. Reilly, but that fell apart a few weeks prior to the October 26th date.

Luckily, Band of Horses wasted no time and promptly booked gigs in the cancelled tour towns, including an October 26th stop at the Marquee Theater in Tempe. For fans like me, it was a big win, now getting a full headlining gig versus an abbreviated festival-like set.

And so deliver they did, playing a roughly two hour set for (what had to be) a sold out crowd – the set list drawing from all four studio albums. In fact, at the end of the night, only four songs showed up from their latest release, Mirage Rock. 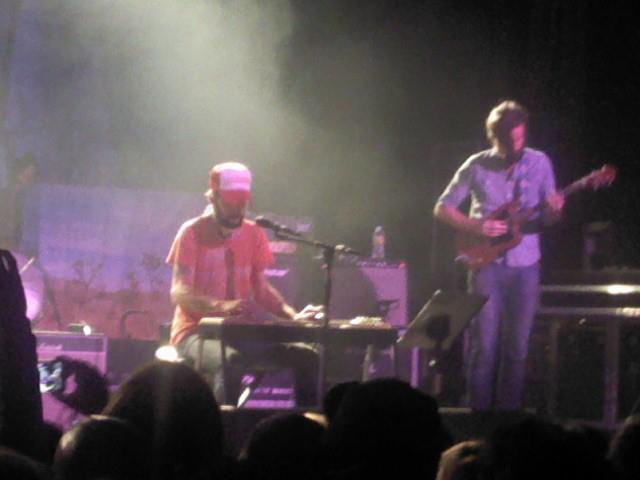 Some friends and I got to spend about fifteen minutes chatting with lead singer Ben Bridwell after the show, and he talked about the fun they’re having with these last minute headlining dates. They’re giving themselves the freedom to relax, have some fun, and play outside of the box a little.

It showed with the 23-song set list that included a couple of rarely seen covers: keyboardist/guitarist Ryan Monroe took to the organ for “Ain’t No Good To Cry,” a late 60’s tune by Hour Glass – the L.A. band that Gregg and Duane Allman were a part of before forming the Allman Brothers Band. How’s that for obscure? (Thanks to Ryan Monroe for the Twitter reply confirming the song name). The other cover was the encore finale, an old deep soul track called “Am I A Good Man?”, originally by a group called Them Two. They’ve pulled that one out quite a bit in the past. 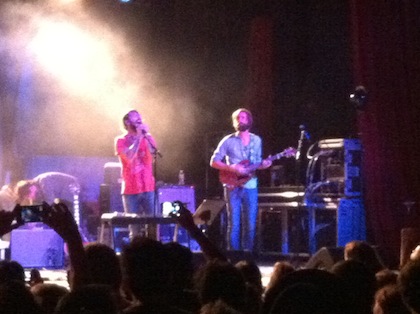 We got a song premiere too, “A Little Biblical” from Mirage Rock, a tune they had never performed live.

But by and large, the band delivered lots of familiar Band of Horses favorites: 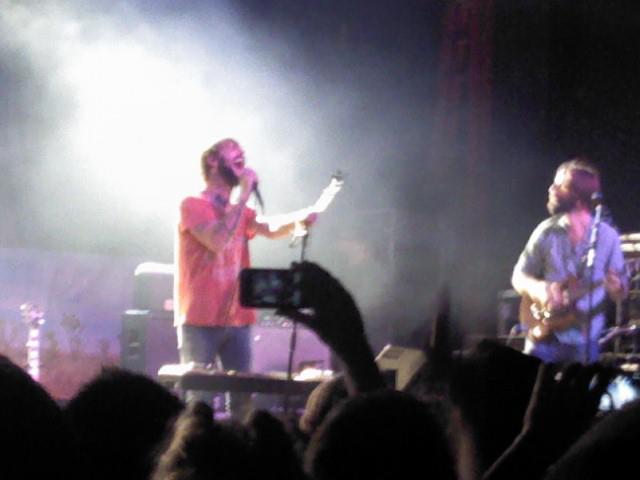 Just an amazing night overall – for the super fans like me on down. And to be able to chat it up with Ben after the show was the icing on the cake – such a genuinely nice guy.

Back in October 2008, on the morning after their Austin City Limits Festival set, I saw Ben in the Austin airport, so I went up and said hi. When I mentioned that encounter last night, unbelievably to me, he remembered meeting me on that bleary-eyed morning. So naturally, I asked him to reenact the photo we took in the airport. Kudos to Ben for removing his ball cap to style his hair a la 2008… 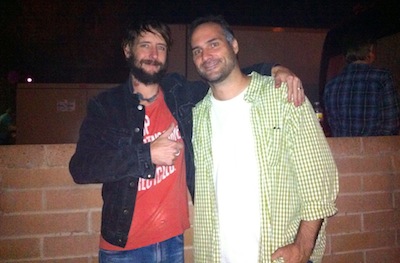 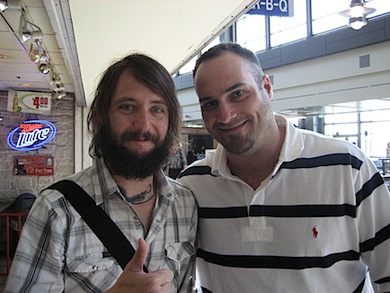 Ben promised the crowd that it wouldn’t take so long for the band to make it back to the Phoenix area. From what I can find, the last time they were in Phoenix was a June 2006 stop at the Rhythm Room. That is a long time.

Band of Horses on Amazon

~ Encore ~
The General Specific
Detlef Schrempf
Am I A Good Man? (Them Two cover)

** Thanks to Nicole LaRochelle for some of the photos above.

A Salve For All That Ails