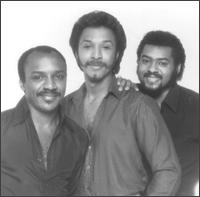 Showcasing another great song from my mid-teens (Ickmusic: The High School Years!), our focus shifts once again to 80’s R&B…..
In 1984, bassist Marvin Isley, keyboardist Chris Jasper, and drummer/guitarist Ernie Isley split off from the 70’s icons of R&B, the Isley Brothers, and formed their own group, Isley Jasper Isley. They scored big quickly with a #1 hit on the R&B charts in November and December 1985: “Caravan of Love”.

Sure it’s a bit sappy and idealistic, but it still sounds great 20 years later, and the world would be wiser for heeding the song’s advice. But unfortunately there’s a snowball’s chance in hell of that happening… Happy Sunday!