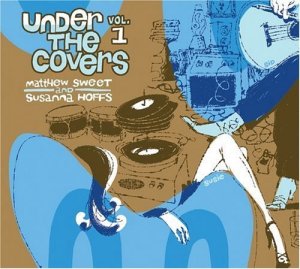 I have to say, it’s good to hear Susanna Hoffs’ voice again. As lead singer of the Bangles until they disbanded in 1989, I had a big crush on her, watching her belt out “Walk Like an Egyptian” and Prince-penned “Manic Monday”. Here, admire her hotness: 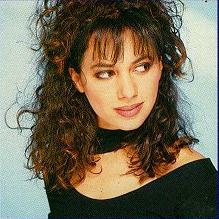 She released a couple of solo albums in 1991 and 1996, but apparently has been flying well below the radar since. That is until now. Last Tuesday saw the release of ‘Under the Covers, Vol. 1’, a collaboration between Hoffs and Matthew Sweet. Their strong affection for 60’s pop music has always been evident in their own work, and they bring it together here by covering some classics by Dylan, the Beatles, the Mamas & Papas, Neil Young, among others.

But it’s this one that caught my ear recently, one of my favorite Velvet Underground songs, “Sunday Morning”. Hoffs and Sweet make this one their own, delivering a sweet, effortless flow that warms the listener like a nice warm blanket. Look at me being sappy.

And for good measure, here’s how the VU original version sounds, 39 years after its release….

Welcome to my World