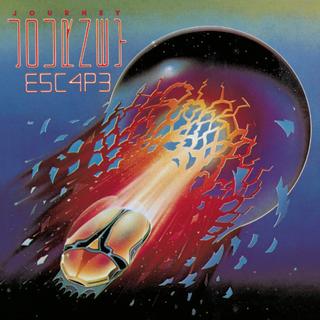 There were three albums I remember dominating my life in the very early 80’s. If you’re over the age of 35, it’s likely you had these too. They were: REO Speedwagon’s ‘Hi Infidelity’, Foreigner ‘4’, and Journey’s ‘Escape’. Are you with me? “Take it on the Run”, “Open Arms”, “Urgent”, “Don’t Stop Believin”, “Waiting for a Girl Like You” – they are classic arena rock / pop staples of that era. These three albums are like the holy trinity of early 80’s rock albums and probably helped usher in the “power ballad”era.

So lo and behold, I see that Columbia/Legacy is re-issuing the entire Journey late 70’s / early 80’s catalog, and I hurriedly got my hands on ‘Escape’ (which is an expanded edition, with four bonus tracks). Ah reminiscing…. Okay, it was released in July of 1981, which makes me 11 years old when I was enjoying this album, so my memories of ‘Escape’ lean more toward cranking up the little stereo in my room rather than, say, parked on top of Lookout Point with a hottie and letting Steve Perry’s voice do some of the dirty work for me (Prince would end up performing that same function a few years later – a lot less subtly).

Hearing this album in its entirety again does what all good music does (or at least the music that’s important to you): it takes you back in time. It also makes you wonder how Journey can make it without Steve Perry. But they tour on and on. The current lineup includes two original members: Neil Schon (lead guitar) and Ross Valory (bass), and Jonathan Cain (keyboards), who has been with Journey since 1981. I won’t judge the latest lead singer, Steve Augeri, because I haven’t heard him, but my guess would be that his M.O. is to sound as close to the other Steve as possible. Where is Steve Perry, by the way? 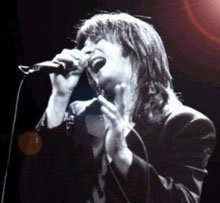 So sit back and take in a track from Journey’s golden era, when the tuxedo-jacket-with-coattail clad Steve Perry ruled the microphone at center stage. Where feather-haired vixens lifted their 3-quarter sleeved concert shirts to the sky. Where dark bespectacled burners named Russ and Dirk passed quality concert spliffs back and forth, with oversized handled combs sticking out of their back pockets. A simpler time, my friends, a simpler time.

How to Grow a Woman From the Ground