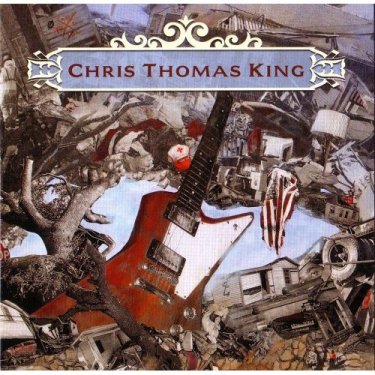 Here comes the one year anniversary of Katrina. Tuesday, August 29th marks one year since the storm hit the Gulf Coast, and set off a chain of events – natural and unnatural – that caused devastation to the region.

I watched the first half of Spike Lee’s documentary, When the Levees Broke, last week on HBO. Talk about feeling sick to your stomach all over again. Then I read in the NYT today about the influx of politicians to the area this week to – yes – politicize the tragedy. The Democrats there to point fingers at the Bush Administration and the Republicans, and their seeming incompetence in responding to the tragedy; and W. and the GOP on site to point out the successes so far in the reconstruction effort. No fly overs in Air Force One this time…

To be fair, positive steps have been taken, but there’s obviously a long way to go. And fact is, all of the wonderful politicians in town this week for their staged events and photo ops will be cleared out by week’s end. And large swaths of New Orleans and the Gulf Coast will sit,
untouched since the storm, waiting for the help they so desparately need. 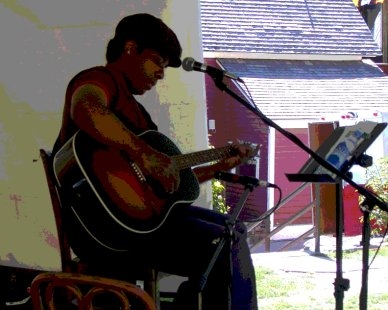 So let me turn to the music. Chris Thomas King is a blues artist from southern Louisiana (you’ve also seen him in O Brother Where Art Thou and Ray). I saw him perform in Telluride just three weeks after Katrina (I took that pic above @ the festival). He had lost most of his equipment in the floods, so was using new and borrowed equipment. He played a song which had made its debut a few days earlier on a nationwide televised relief broadcast. It’s called “What Would Jesus Do?”, and points out the incompetencies and injustices found in the aftermath of Katrina. The song is also found on King’s latest CD, Rise, which was released earlier this summer.

Chris Thomas King: What Would Jesus Do? (mp3) – Please support Chris by buying the song and/or album on iTunes, eMusic, Amazon (or wherever). You can check out his official web site here.

Here are a couple of Aaron Neville tunes I posted last year soon after Katrina.

Louisiana 1927 (mp3) – original post from last year | Aaron’s version of a Randy Newman song about the 1927 Louisiana flood. Its lyrics fit right into the present day situation. From Warm Your Heart.

St. Jude’s Hymn (mp3) – original post from last year | “St. Jude’s Hymn” was sent to me by a reader (William) last year. I thought I would repost his moving and thorough background of the song. You can buy Midnight at St. Jude’s here.

On the edge of what used to be the notorious Storyville section of New Orleans, a short walk from the famous St. Louis #1 Cemetery, rests a small and beautiful church, Our Lady of Guadalupe Chapel /International Shrine of Saint Jude.

This church has withstood the test of time and adversity. Surviving through the Civil War, the Reconstruction, coexisting in the heart of Storyville, standing after the horrible aftermath of 1965’s horrible Hurricane Betsy; and, as of August 30, 2005 was still standing amidst the
impoverished and crime-ridden projects of New Orleans.

Nested in one of the poorest sections of New Orleans, Our Lady of Guadalupe Chapel / International Shrine of St. Jude provides a quiet haven for meditation and a place of solace, a place where one can escape the worries of this world for a while. Saint Jude is the patron saint of lost causes and desperate situations. This small chapel exemplifies the very qualities of hope for the hopeless, and help for the helpless, the very qualities that Saint Jude so embodies.

In March and May of 1987, two masses were held which attracted New Orleans music legends such as Aaron Neville and Allen Toussaint. The ensuing recording from these masses was released as the album ‘Midnight at St. Judes.’ At the time, proceeds from this album and all artists’ royalties were donated to St. Jude’s Community Center in New Orleans.

Now, in the aftermath of Hurricane Katrina, amidst so much devastation, hopelessness and feelings of helplessness, the track “St. Jude’s Hymn” as sung by that gentle and kind giant of New Orleans, Aaron Neville, resonates in a way that it never has before. If one ever watches
Aaron Neville deliver a live performance, one will notice a large, gold medallion hanging from his left ear. On that medallion is the image St. Jude, an image Aaron carries with him to remind him of the power of faith.

This hymn was composed by a housewife, who is credited only by her more formal married name, Mrs. Herb Quaid. One only need listen to this song for a minute or two to recognize that she creatively used a variation of John Lennon & Paul McCartney’s “Hey Jude” as the cornerstone for her lovely hymn.

One need not be religious to recognize the promise of hope, of help and the promise of a better day when hearing this song sung so beautifully by Aaron Neville. It is with the spirit of hope and the belief that no situation is ever a lost cause that I hope you will listen to this hymn. As we watch on the news what will, no doubt, be nightmarish images of loss in the coming days, let us all try to keep alive the spirit of hope and the promise of better days. Hear this song and keep alive the faith that New Orleans will rise up to see another era of glory, and will again be the Multi-Cultural Jewel; the most European-like city that exists in the United States. Listen to this song and believe that many will persevere against impossible circumstances. Sing this hymn with the heartfelt belief that there will be hope for the hopeless, and help for the helpless.

May our Maker keep us all safe in the days ahead, in particular those souls, both living and departed, who have suffered from Hurricane Katrina.
~ William Innes, September 5, 2005

How Can a Poor Man Stand Such Times and Live?