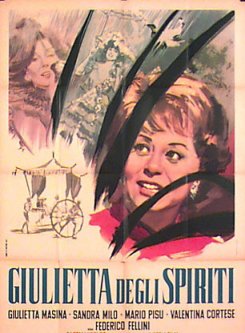 David Johansen has a cool thing going with his weekly radio show on Sirius Disorder. It’s David Johansen’s Mansion of Fun, and it’s really exposed me to some great music from the past that I would never hear elsewhere. He keeps a steady rotation going of old 60’s Motown, latin jazz, garage rock, classical, opera, really old stuff from the first half of the 20th century, and on and on. His musical tastes cover the wide spectrum that I too am attracted to.

So I thought it wouldn’t hurt to throw a few into the ring that I’ve recently enjoyed. The first couple come from Nino Rota. Oh, you’ve heard his work… Four words: Theme from the Godfather. He’s an Italian composer who provided music for a bunch of films (including several Fellini films). He passed away in 1979, but his music remains, including these two from a movie entitled Giulietta Degli Spiriti, a 1965 Fellini film. Certainly a classic Italian vibe to it. It’s not for everyone (hipsters beware!), but if you’re like me, and you like a wide variety of music piping through your ears, then you just may enjoy it. 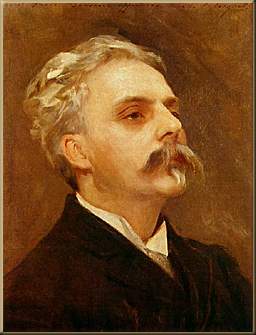 Now if you’re ready to feel like you’re in a 19th century cathedral mass, listen to this. Written by French composer Gabriel Faure in 1865, this is a work for mixed chorus and organ inspired by 17th century dramatist Jean Racine (the lyrics come from a prayer written by Racine).