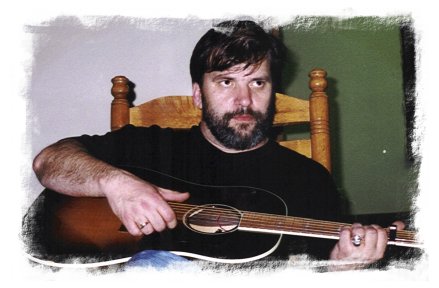 I haven’t posted about my favorite left-wing Tennessee via Mexico via East Texas outlaw in a while. Steve Earle hasn’t been quiet lately though. He’s a modern-day renaissance man: musician, poet, protester, playwright, you name it. He jokes that he has to keep himself that busy to keep him sober. He wasn’t doing so good there for a while (in the late 80’s and early 90’s). Well, since he got sober, and inspiration took over, Steve has been hitting us hard with some great albums: I Feel Alright, Train a Comin’, El Corazon, Jerusalem, among others. In ’98, Steve was on tour supporting one of my personal favorites, El Corazon (a tour that didn’t bring him to Phoenix, so I flew my butt to Montrose, Colorado to see him – well, actually my brother flew me).

This is a special show, folks. The locale is Tradewinds in Sea Bright, New Jersey. It’s February 6, 1998, and a certain someone is lurking in the audience watching this great show. I’ll give you part one here. In part two later this week, this certain someone hits the stage with Mr. Earle to fully complete roof tearage off the sucker.

Christmas In Washington
Here I Am
Taneytown
Hardcore Troubador
My Old Friend The Blues
Someday
If You Fall
Mystery Train Part II
You Know The Rest
Windfall (Son Volt cover)
Copperhead Road
Telephone Road
More Than I Can Do
Now She’s Gone
Ft. Worth Blues
I Feel Alright
Poison Lovers