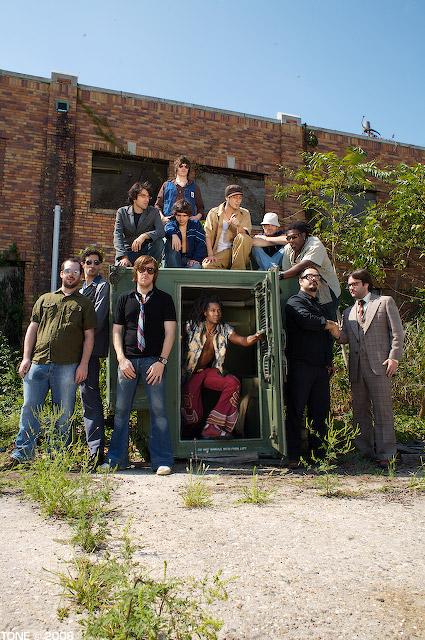 This is a pretty easy segue from my last post about Tony Allen. I was reading the latest Rolling Stone yesterday, and in Austin Scaggs’ Smoking Section, he gave a heads up to the new album by Antibalas (which just came out March 6th). Scaggs said they “churn out the best Afrobeat since Fela Kuti left the building”.

Here’s the cool opening track to the album, the aptly named “Beaten Metal”.

Antibalas’ Official Site | MySpace (includes their latest tour dates, which includes SxSW in Austin over the next few days, and just about every American city it seems except for here in Phoenix – shit!).