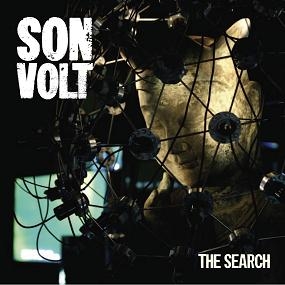 So a lot of us know the story… Uncle Tupelo was one of the bands that ushered in the alt-country / “no depression” era – music that fused country roots with rock and punk sensibilities. The latter term, “No Depression”, actually came from the name of Uncle Tupelo’s 1990 debut album. Two alt-country icons emerged from the ashes of Uncle Tupelo. Jeff Tweedy went on to form Wilco, and Jay Farrar started Son Volt. 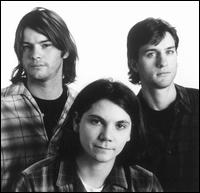 While Wilco – which started much in the same vein as Uncle Tupelo with albums like A.M.

– have gone on to morph into a whole ‘nother beast… psychedelic, indie, experimental, even Beatles-esque at times. It’s a great ride being a Wilco fan.

Son Volt, on the other hand, has managed to stay more true to the country-based stylings of Uncle Tupelo. Not to put that in a negative light. Jay Farrar’s voice belongs in that realm.

With their most recent album, The Search, the band stays in that same framework, but does manage to stretch beyond it at times. One of the tunes streaming below, “The Picture”, reminds me a little of a Van Morrison tune, complete with the horns. “Action” has an Eastern vibe that would make George Harrison proud. My favorite right now is “Adrenaline and Heresy”, a slower piano tune that has Farrar lamenting “She said I still love you / I don’t know if I want to spend the rest of my time with you.” At that point the drums kick in and he ends the song singing repeatedly: “High on adrenaline / It’s a new day.” Nice tune. I’d play it for you, but I’ll stick to these three streaming tracks that were sent my way.

Go check out the album on iTunes though, or buy it here…

Son Volt – streaming tunes from their new album The Search

The Picture (asx – will launch in your mp3 player) 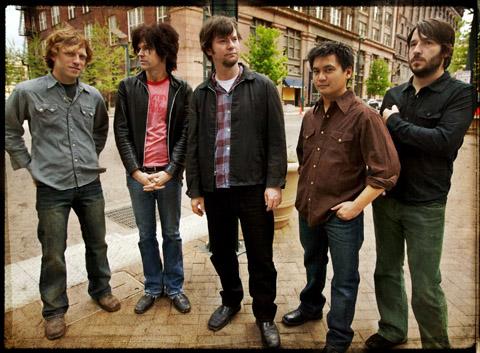 The lads in Son Volt

The End of the Revolution